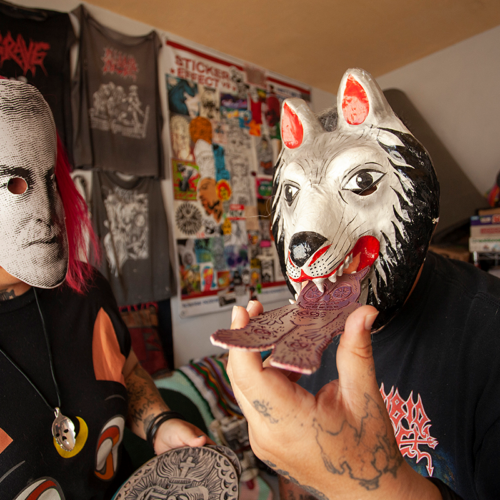 Alejandra Mares and Xavier Moreno finished their studies as visual artists at the Universidad de Guadalajara , in 2009 with a degree in painting.  Until 2016, they decided to make printmaking due the excitment of this technique and its plastic and visual opportunities.  It is in 2017 that several events occur that confirm the strength with which Alejandra and Xavier are betting on their work in the graphic medium.

2016:  Colective show at the Historic Archive in León Guanajuato.  Beginning of the “Estampas Tortilleras,” project created by Alejandra and Xavier to keep a public present in a printmaking collective show, which lasted for 3 months.

2017:  Invited by Art history teacher Joni Hand and tremendously supported by Printmaking teacher Hannah March; Alejandra and Xavier took a residency at Cape Girardeau MO; during a whole month, the artists made workshops, art talk, critiques and a show at Catapult Creative Gallery.  In the capital of Guanajuato, the “First National Meeting of Mobile Workshops” took place where I participated along with
several mobile workshops in Mexico.

2019: 3GP were published in “The Hand Magazine,” a magazine specialized in graphic processes of hand printing.  Two exchanges with Poland (for second time!) and the United States, “Uncanny Valley: A picture without us” of Wroclav, Poland and “Relief Conspiracy” organized by Scott Mintzy.  A collaboration with MAPECO of Uruapan on the occasion of the “One hundred years without of Emiliano Zapata,” doing weathpasteups of Zapata in several cities in Mexico.  “Diversity” portfolio exchange between Mexico and Germany.  Second place at “Primer Concurso de Grabado Zacatecas,” organized by the Government of Zacatecas Mexico.

2020:  “High quality international project in contemporary printed graphics” in the Republic of Tatarstan in Russia.  Because the pandemic, we started a series of live streamings in Instagram called “Gato Encerrado” (Locked cat) doing collaborations with several artists around the globe,making a big hit in that social media channel due the interesting links we built. Right now, we are on our vol. 2 of “Gato Encerrado.”  We had an interview on the amazing podcast Pine | Copper | Lime with Miranda Metcalf and a spanish version with Reinaldo Gil Zambrano.  Participation on print exchanges organized
by Darcy Edwin and Morgan Pryce Participation in the “South West Print Fiesta” 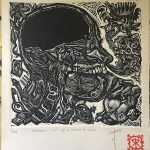 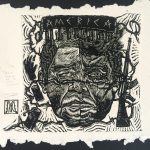 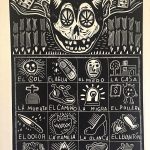 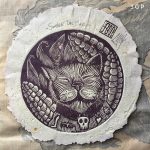 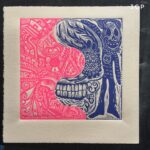 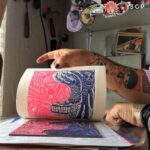 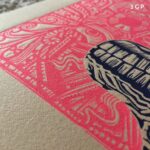 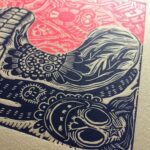 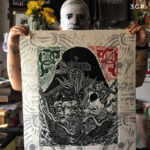 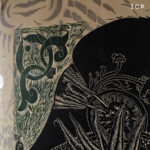 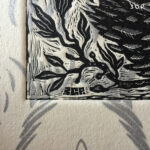 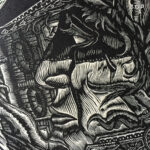 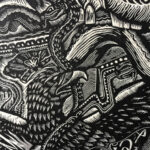 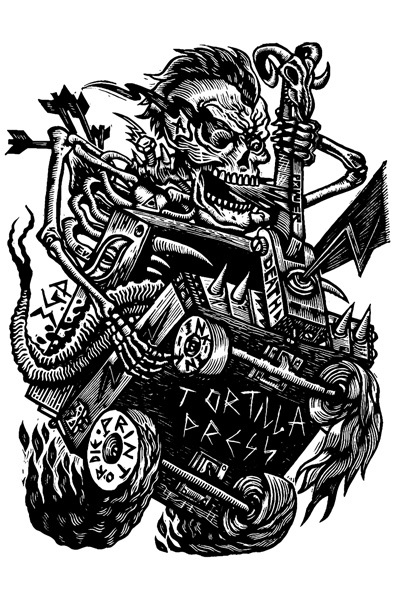 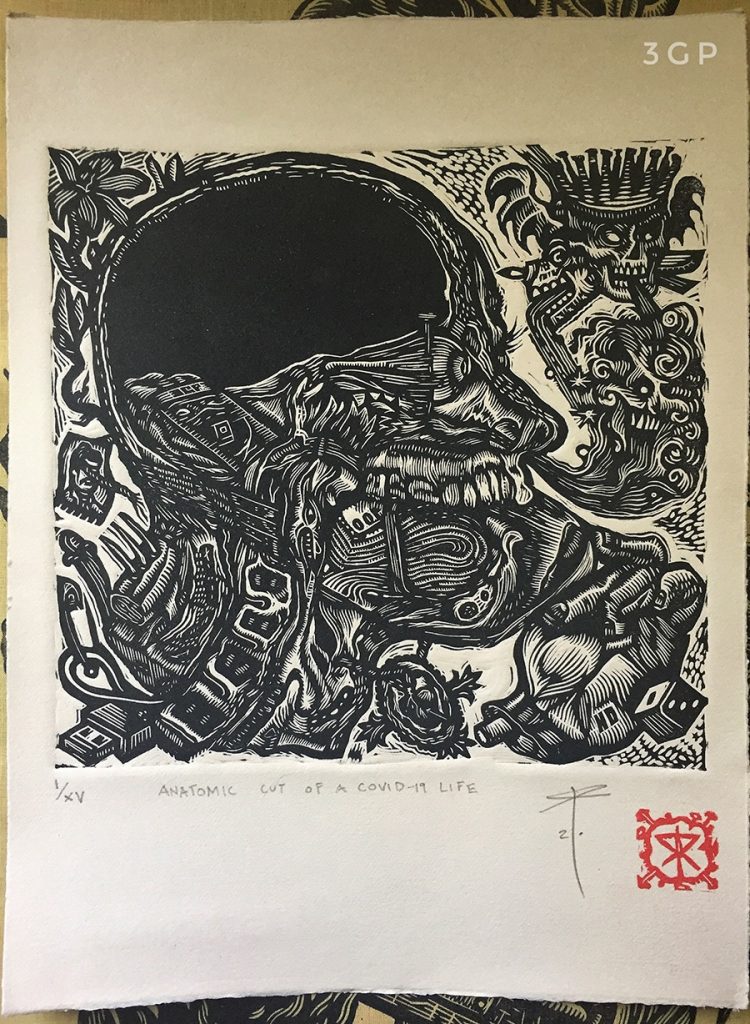 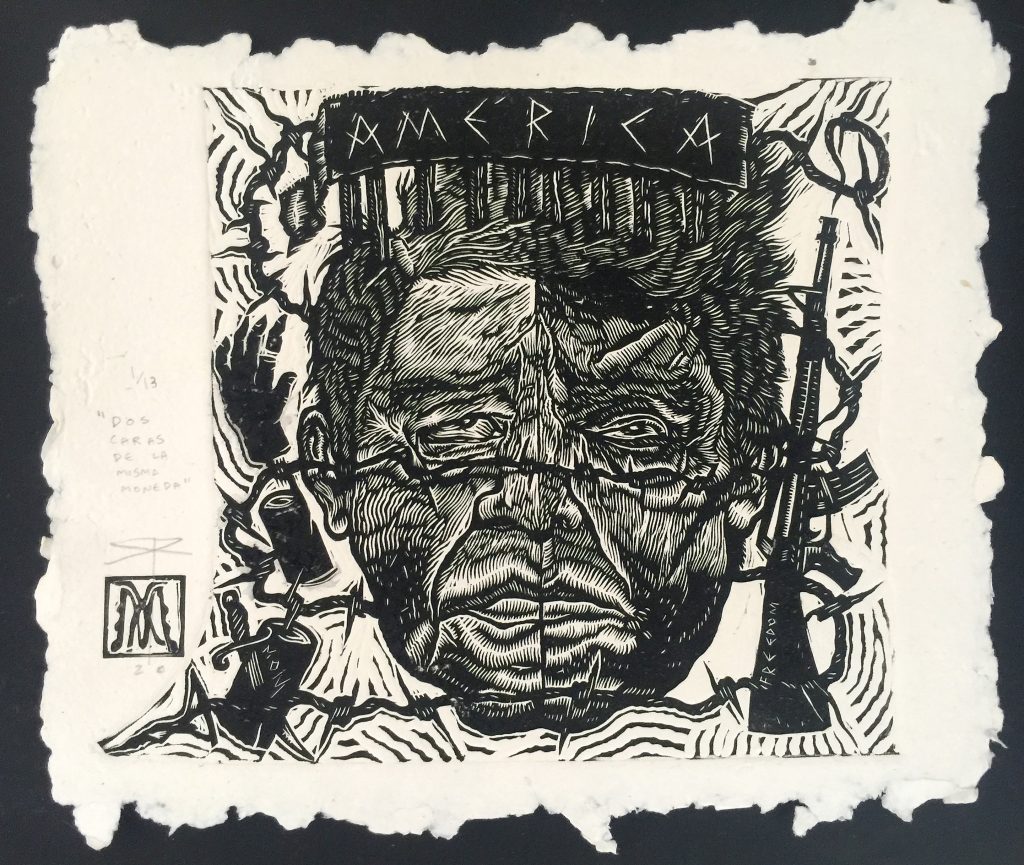 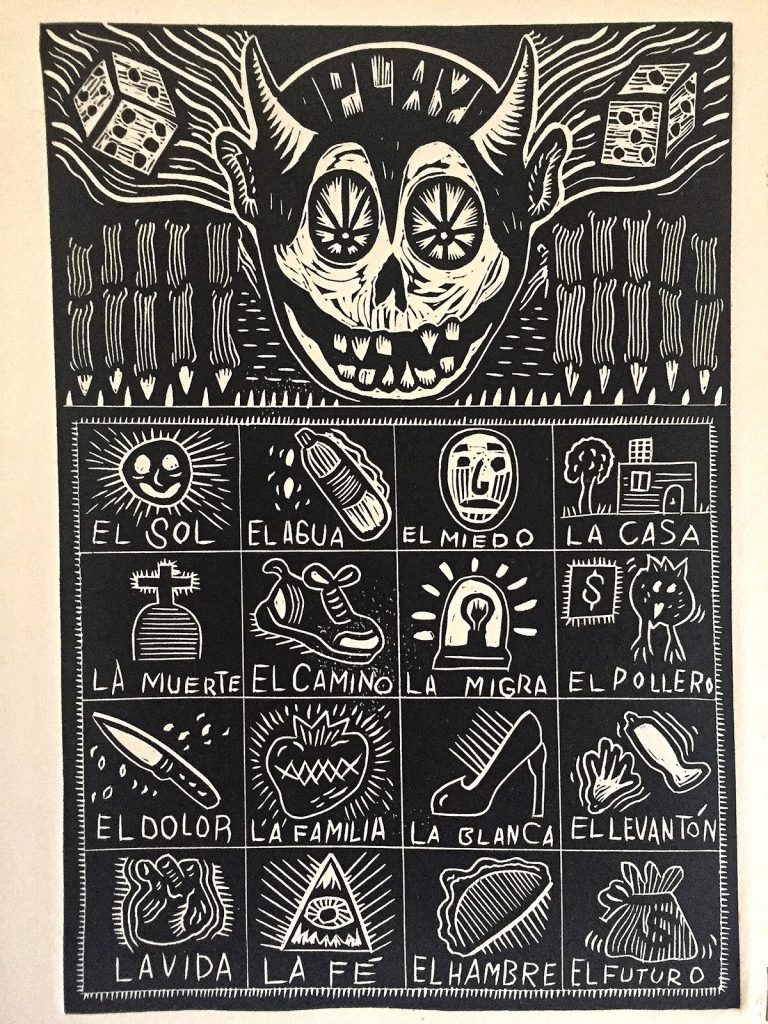 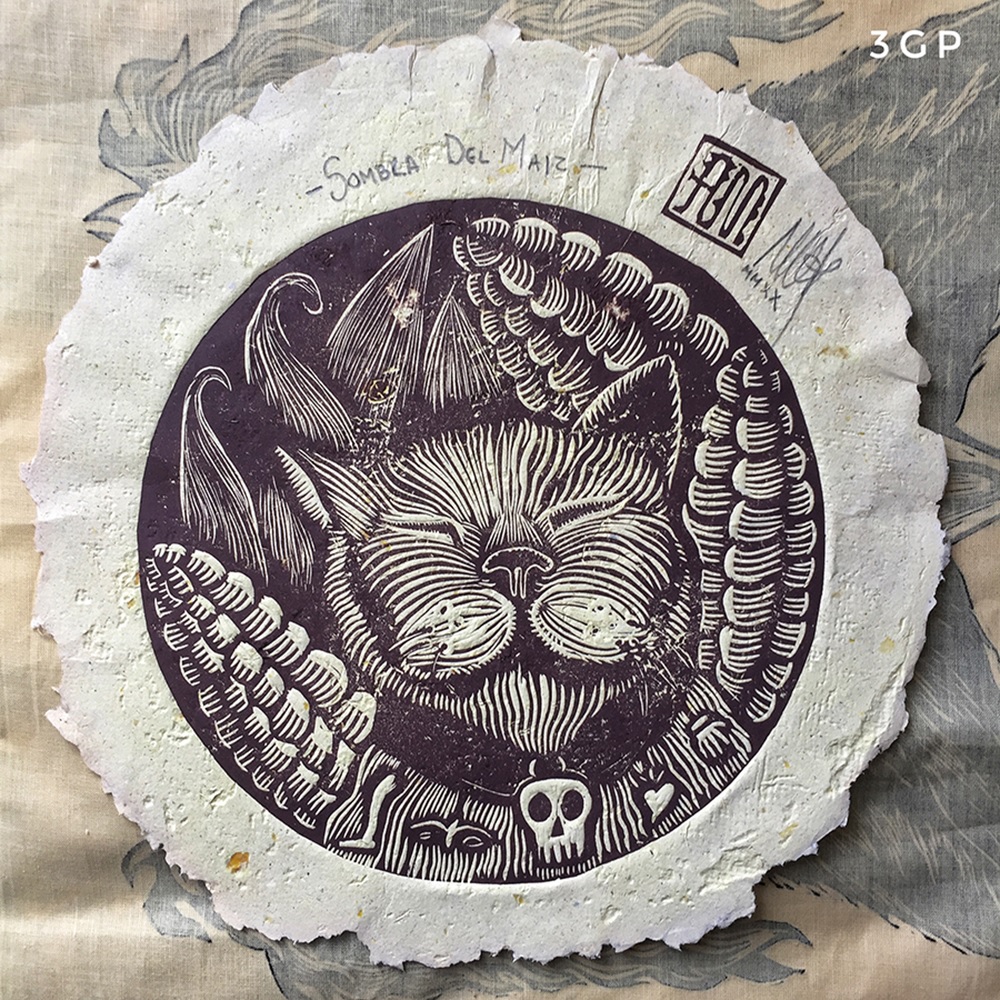 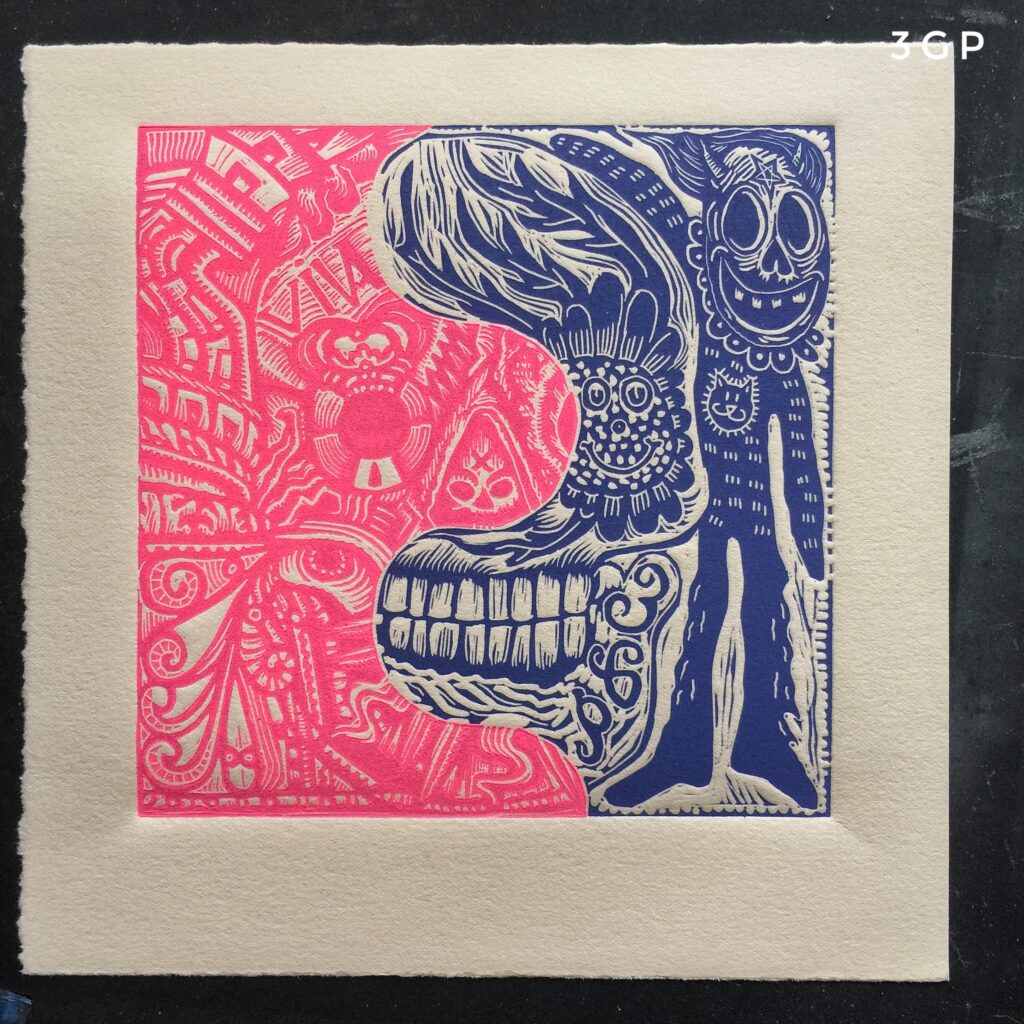 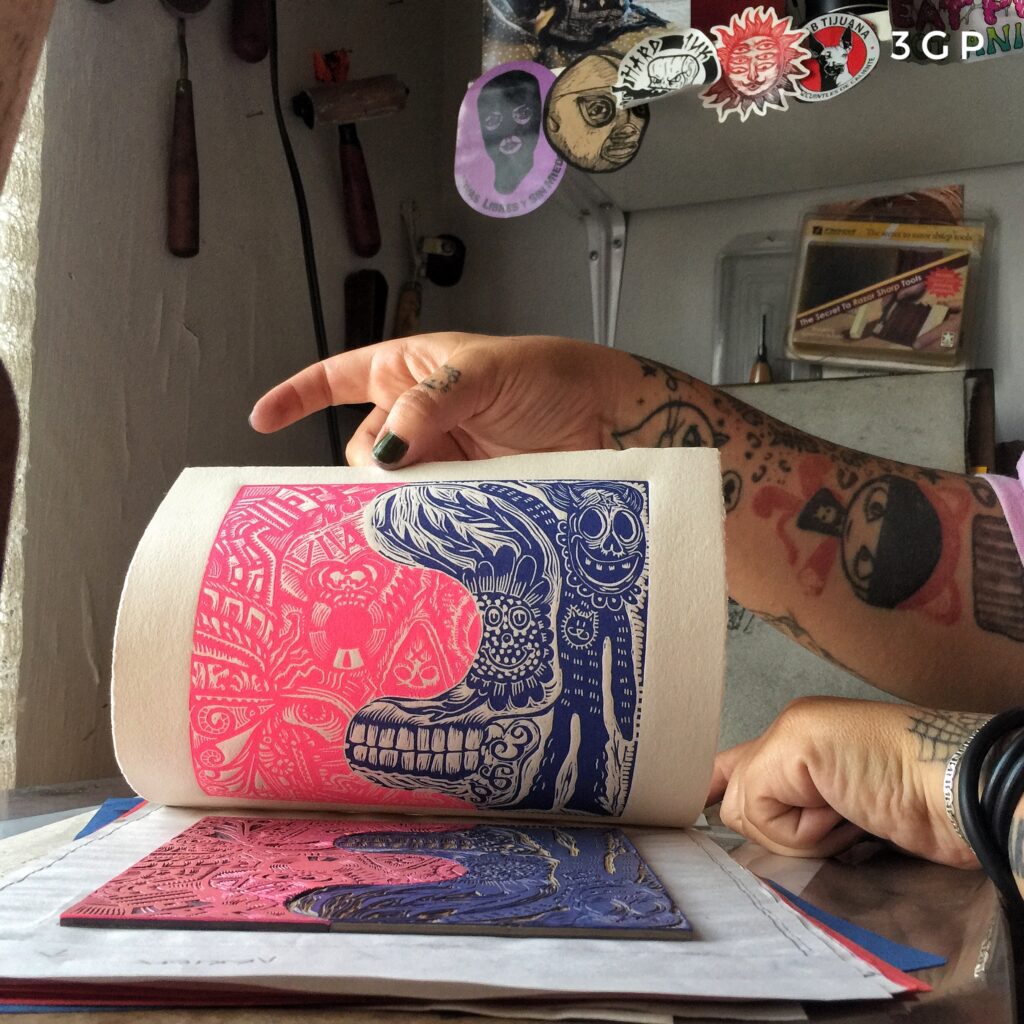 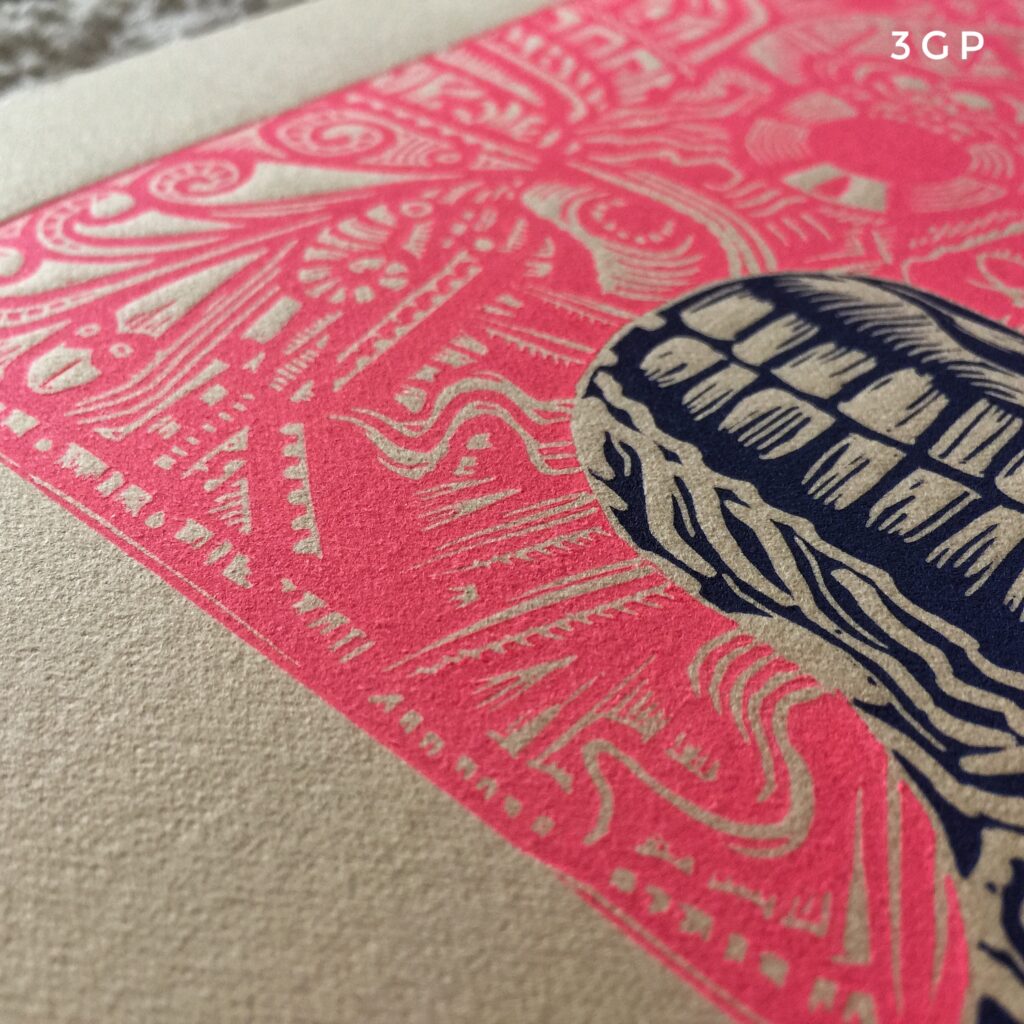 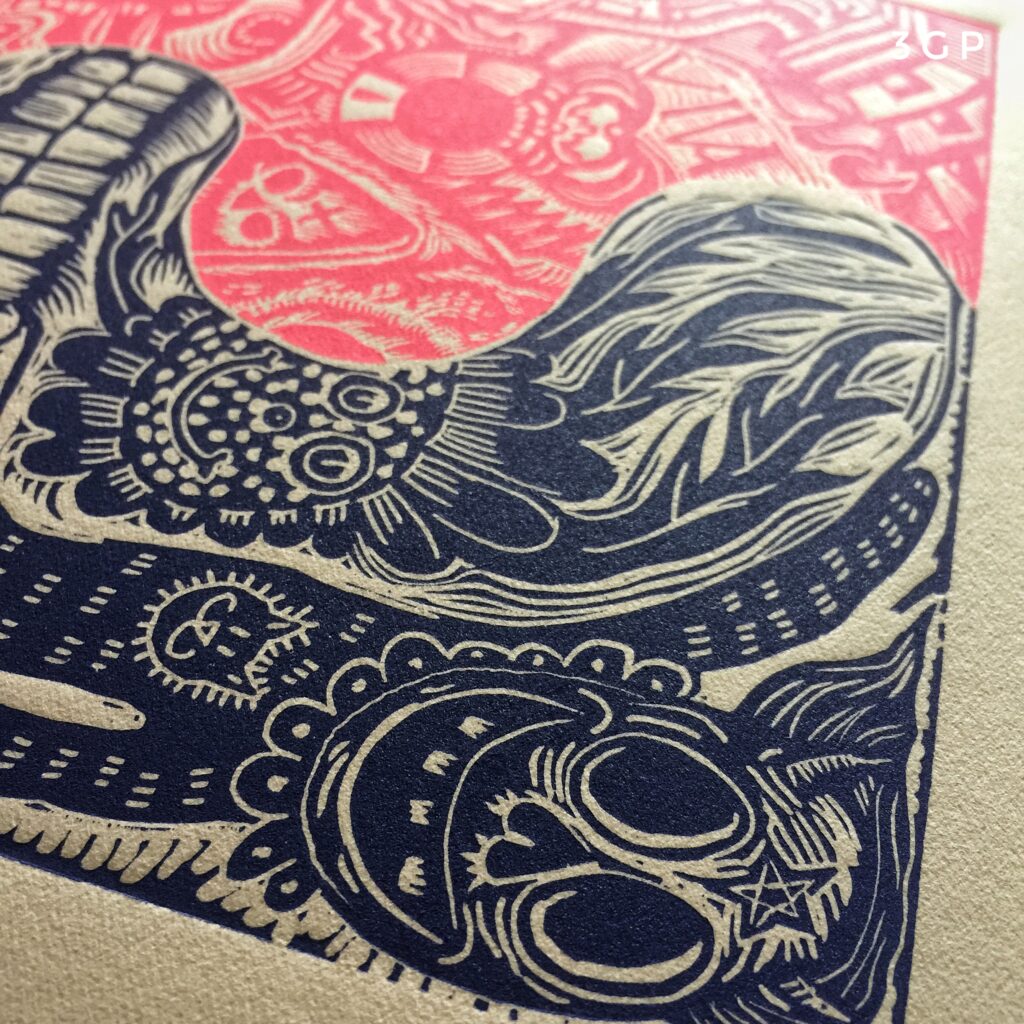 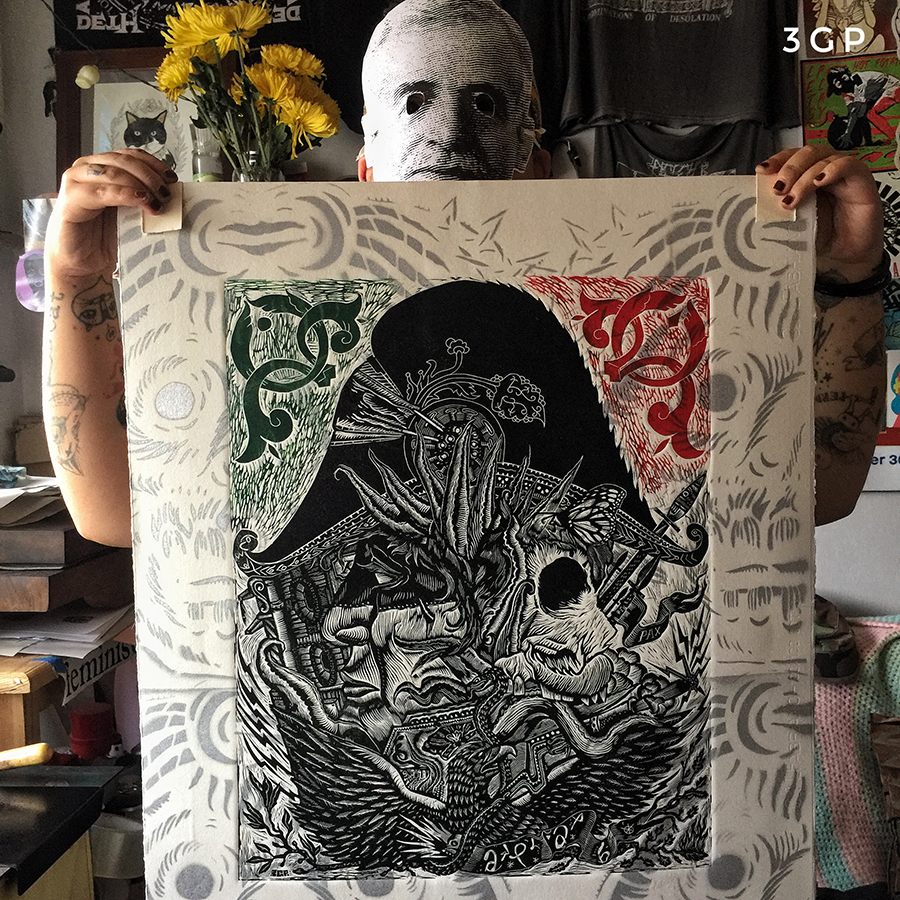 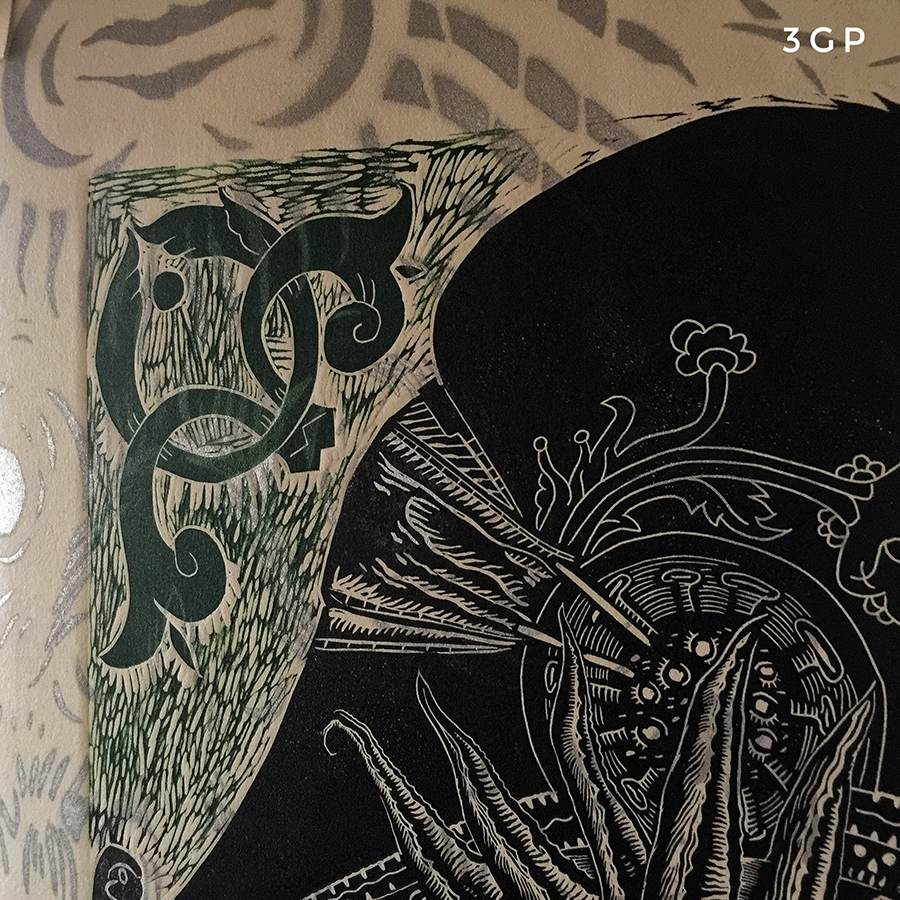 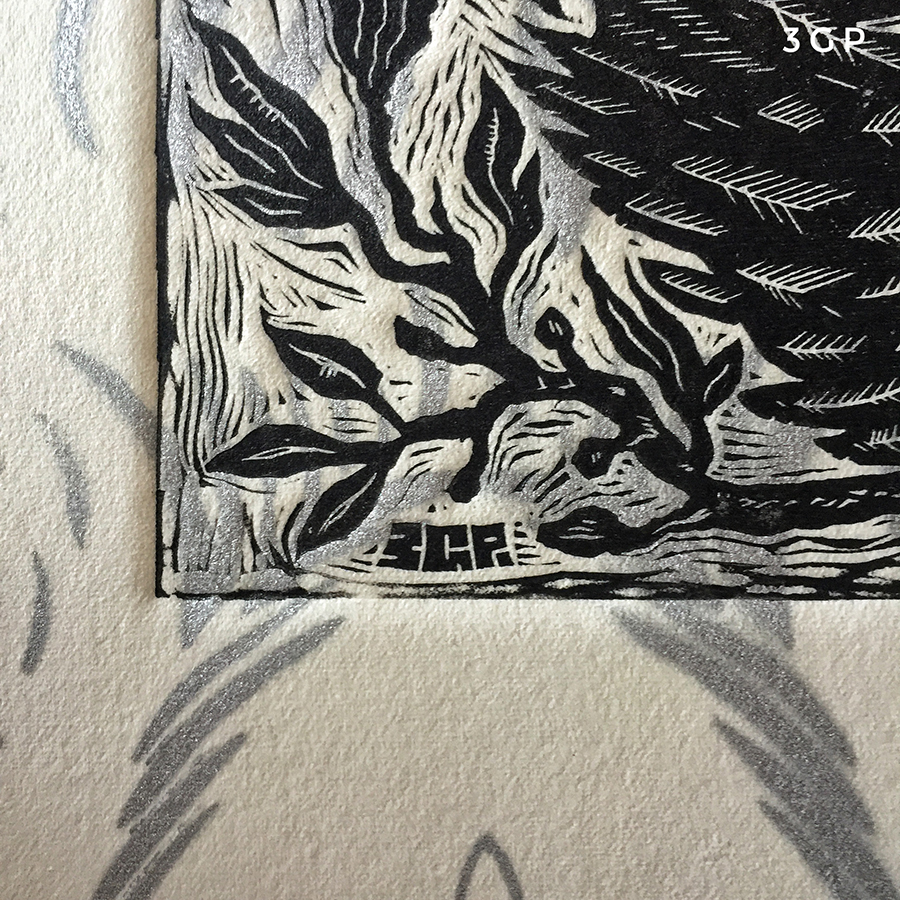 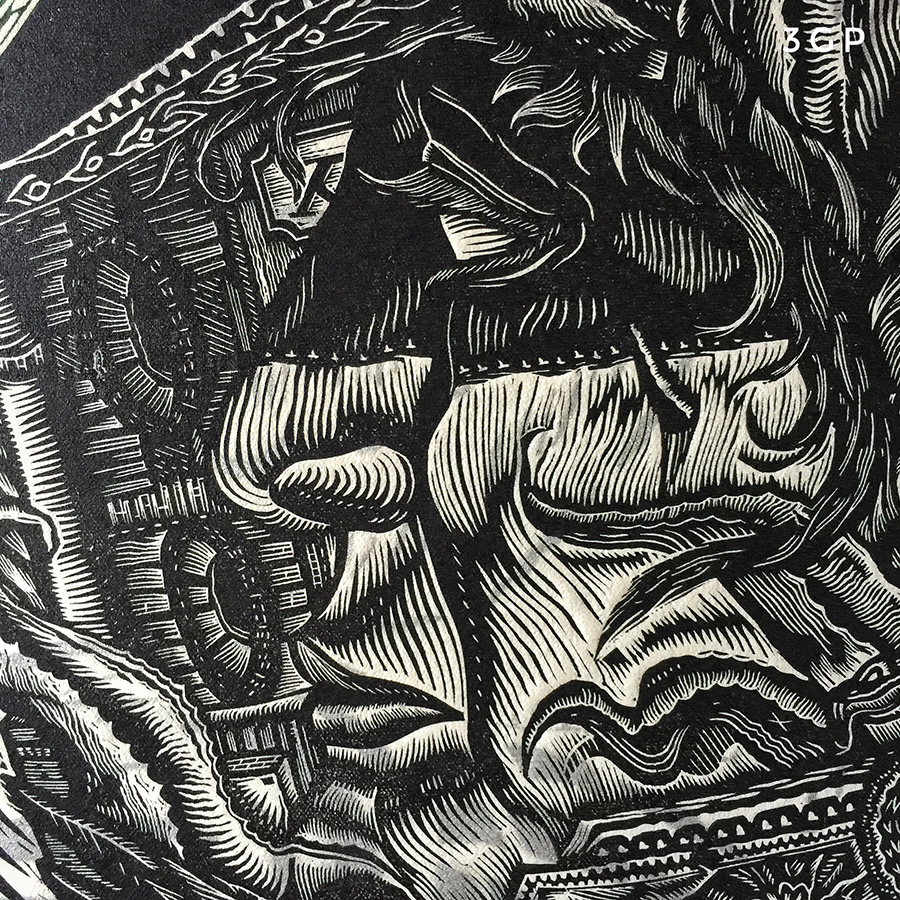 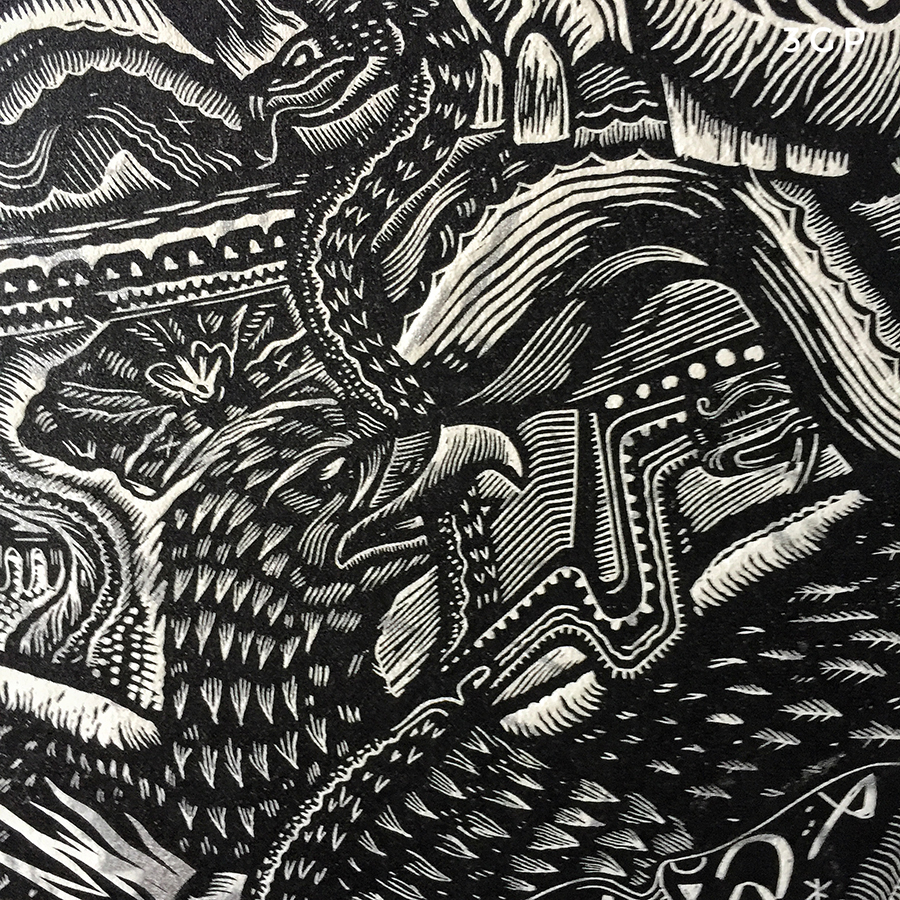 Speedball Professional Relief Ink, SUPER GRAPHIC BLACK
We love this ink because of the registration of each detail is transfered nicely and “velvety” on the paper no matter which kind of paper we use; its super easy to
clean up from the linoblock and works great with the tortilla press!

Oil-based Block Printing ink
We use this ink mostly for linocut printing on fabric to print patches and shirts; the saturation of this black ink keeps on the fabric for a long time and is easy to clean.
We are fascinated with this ink!

Speedball Brayers (Hard rubber)
This roller spread the ink nicely on any relief we are working on; maintain the ink on the surface, not inside the cuts. It's very easy to clean; so we don’t waste too much
rags on it.