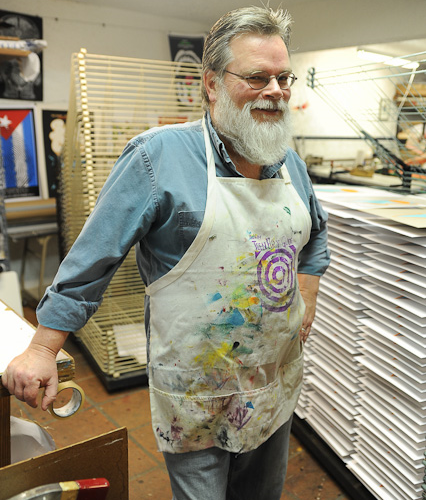 Andy MacDougall is managing director of Wachiay Studio in Courtenay, B.C., where they specialize in screen printing art, textiles, and teaching the process to both Indigenous and non-indigenous artists and entrepreneurs of all ages. In 2007 he was inducted into the international Academy of Screen and Digital Printing (ASDPT) & was a member of the Specialty Graphic Imaging Association (SGIA) education committee who updated the most recent (2016) curriculum for high school and post secondary based on current industry needs and applications (textile, graphic, and functional printing).

In addition to Wachiay Studio and since 2005, he developed live screenprinting demonstrations for the American Poster Institute (API) at Flatstock Rock Poster Shows in Seattle, Austin, Barcelona and Mexico City. He provides specialized consulting & training to screenprinters around the globe, including small one person studios, universities, and commercial clients such as Nike. Recently he was at the Advanced Materials lab at University of British Columbia, installing their first screenprinting press for research into flexible electronics and textiles.

MacDougall is a regular columnist and feature writer for Screen Printing Magazine (USA), Wearables (USA), SignMedia (Can), and has been published in the UK, India, and Brazil. He is the author of Screen Printing Today, the Basics, and helped (along with daughter Naomi, a book designer) publish the definitive A History of Screen Printing by Swiss author and educator Guido Lengwiler.

Locally done deeds in the Comox Valley outside of screen printing and graphics include leading the project to relocate the Comox Valley Art Gallery into the old Courtenay firehall. He was the original marketing and media manager of Vancouver Island Musicfest (’97-2002) and guided it through its formative years, and still volunteers as MC on the Grierson Stage every year.

Screen printing remains one of the last bastions of the ancient art of Alchemy. What other process can turn a sheet of paper into a $1000 dollar bill with a piece of cloth, some ink, and a squeegee? And then be used to create our cellphones, touch screens, solar cells, decorates textiles and the controls of most consumer electronic devices and cars? It’s Art. It’s Science. It’s screen printing. 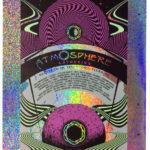 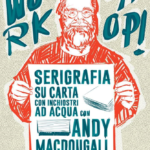 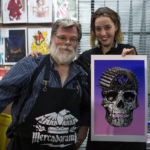 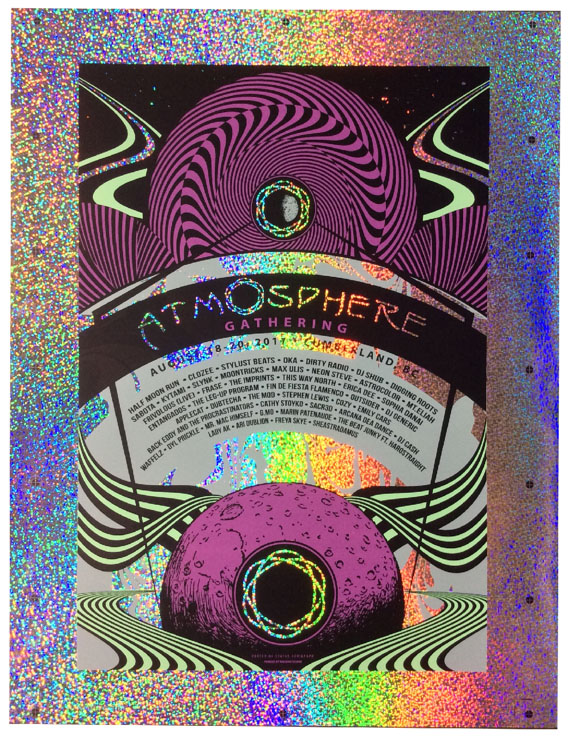 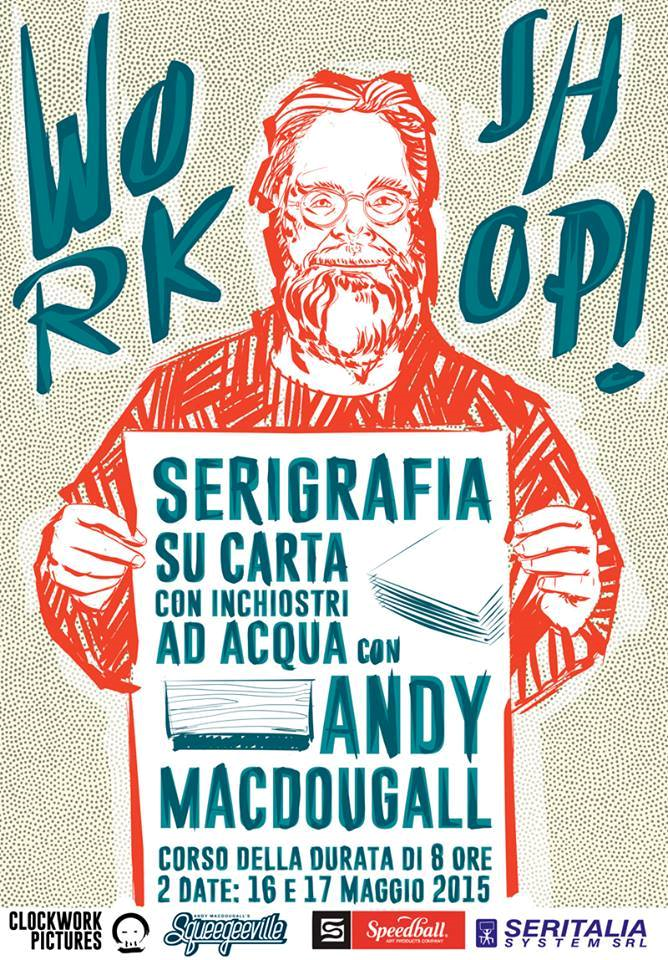 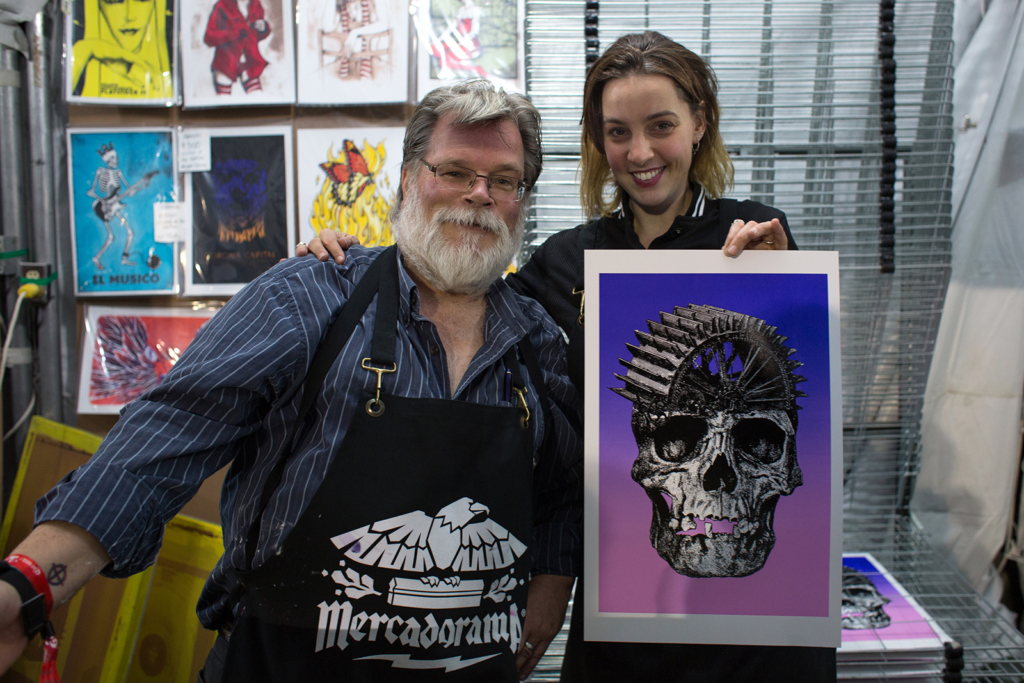 We work almost exclusively with Speedball Acrylic Screen Printing Inks for printing on paper, wood, leather and other graphic items and LOVE it for live demos, indoors and outside. We like the fact it prints good detail, it doesn’t dry in quickly, and can be easily cleaned with soapy water. In the studio, we print a lot of shirts, and we use Speedball Screen Printing Fabric Inks, and the pearlescent [Opaque Screen Printing Inks] line. We work with a lot of kids, and it’s perfect for them to learn with – if they get inky (which we all do!), it washes off with water.
We also use their metal frames, coaters, and squeegees in day-to-day production.