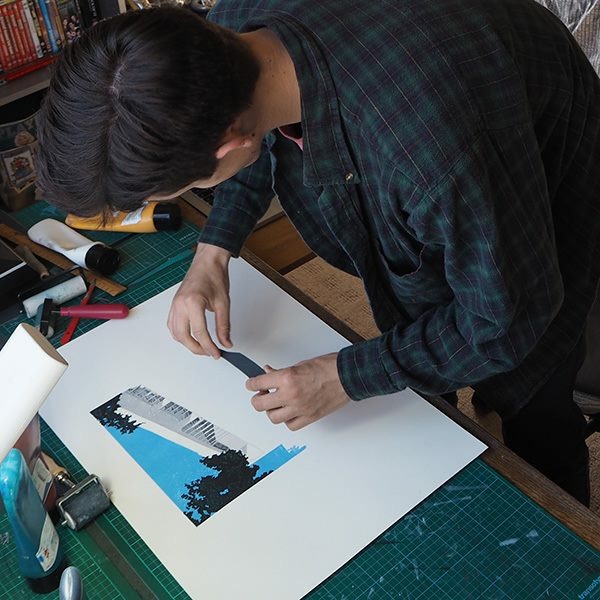 Dan Howden is a printmaker and illustrator from York who specialises in reduction linocut. Having first come into contact with lino back in 2011, he has since spent his BA and MA Degrees in visual communication establishing and refining his layer-heavy approach to printmaking.

This time consuming approach earned Dan the Anthony Dawson Young Printmaker of the Year award in 2016 and consists of cutting the linoleum into a jigsaw-like state, before piecing it back together to form an image. Best known for his architectural prints that consist of anywhere between 30-90 reductions, Dan is now entirely focused on animating lino in order to tell stories and make an isolating medium more collaborative. 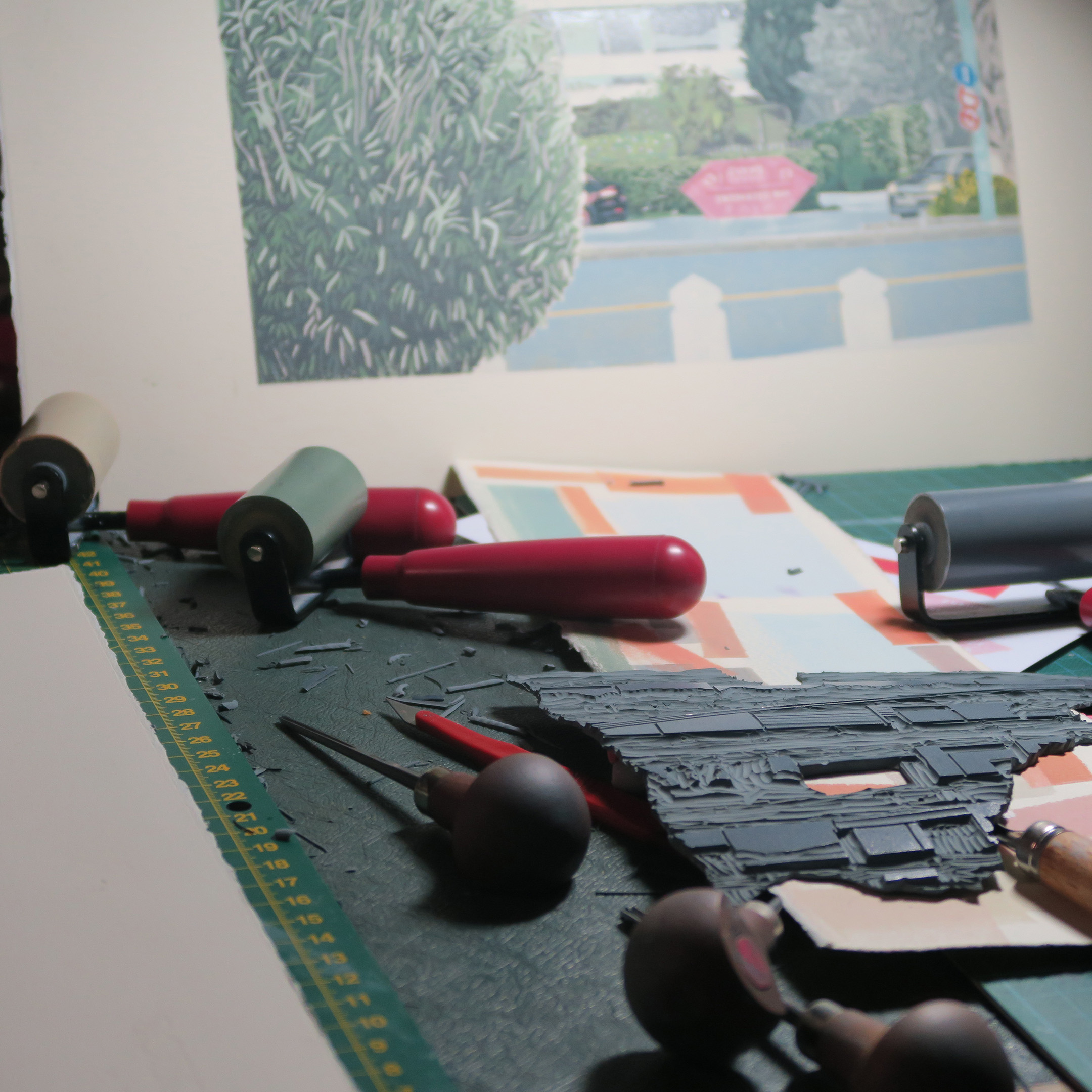 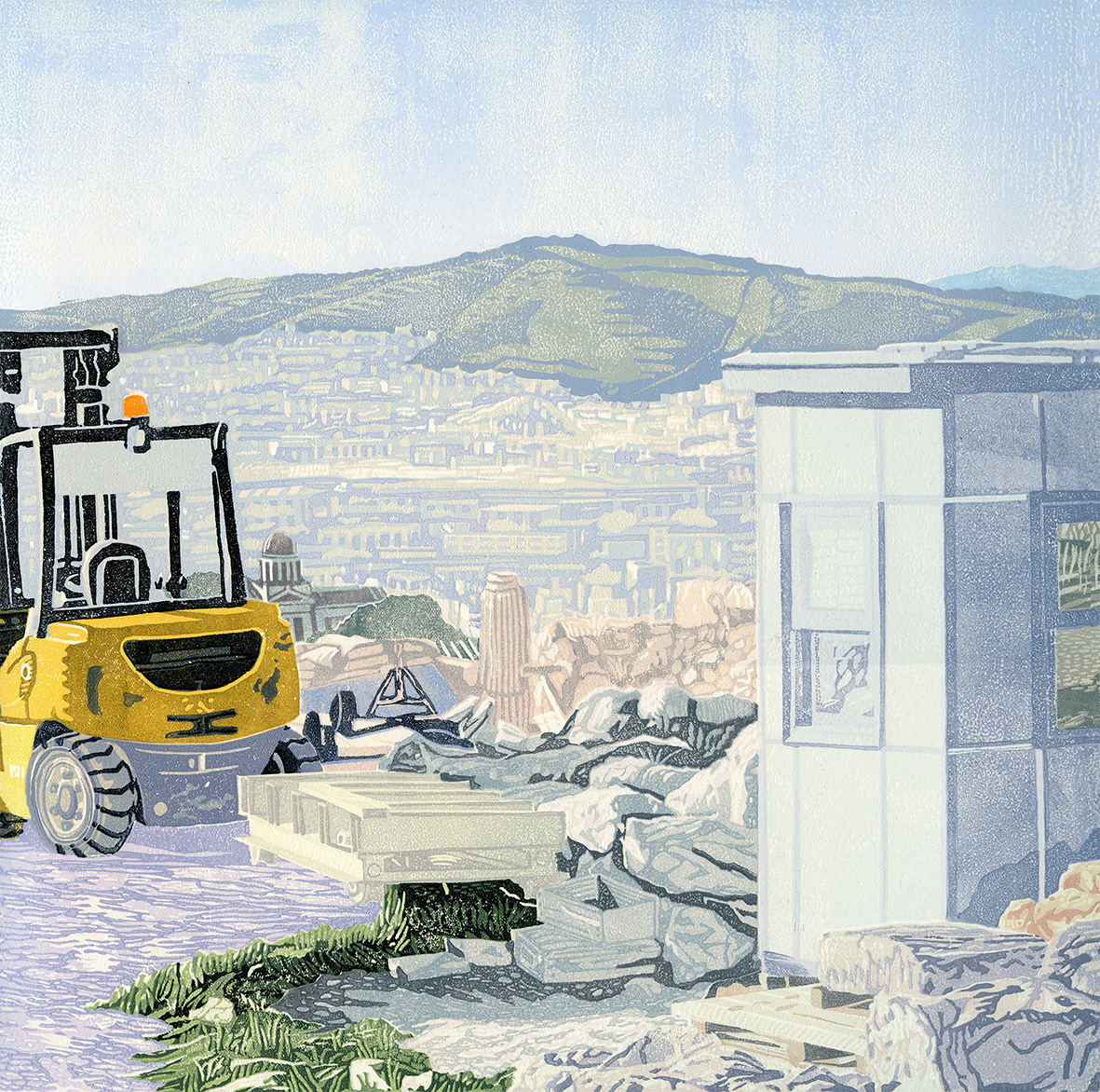 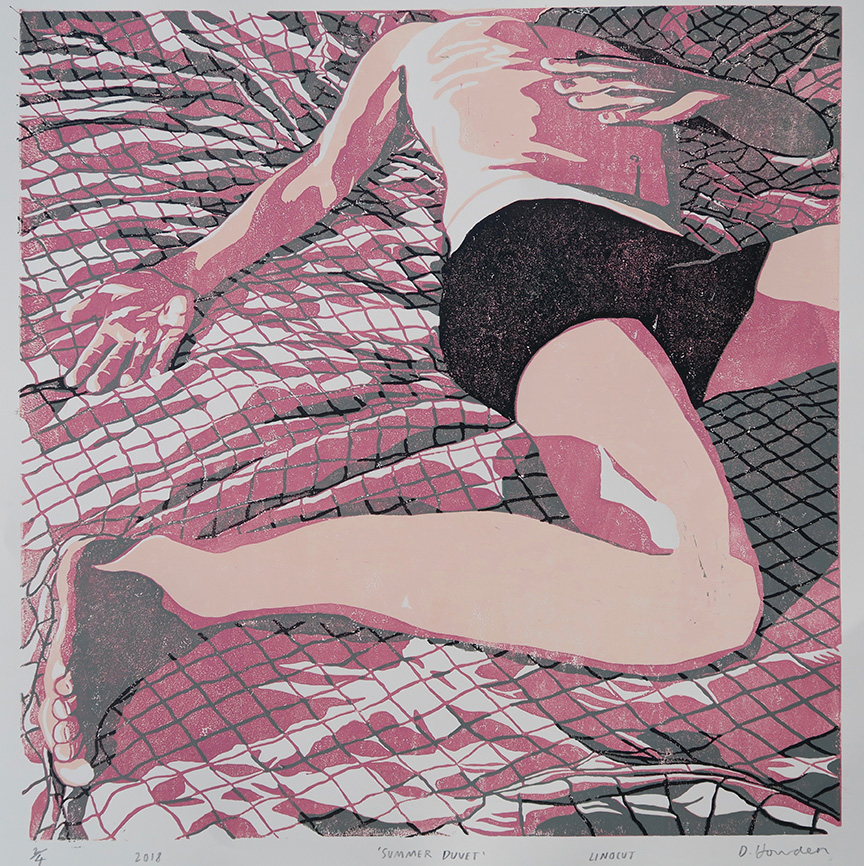 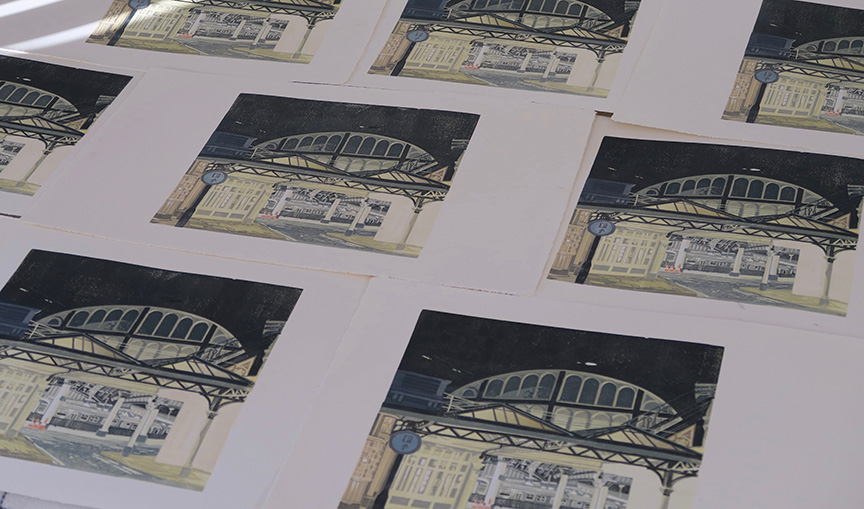 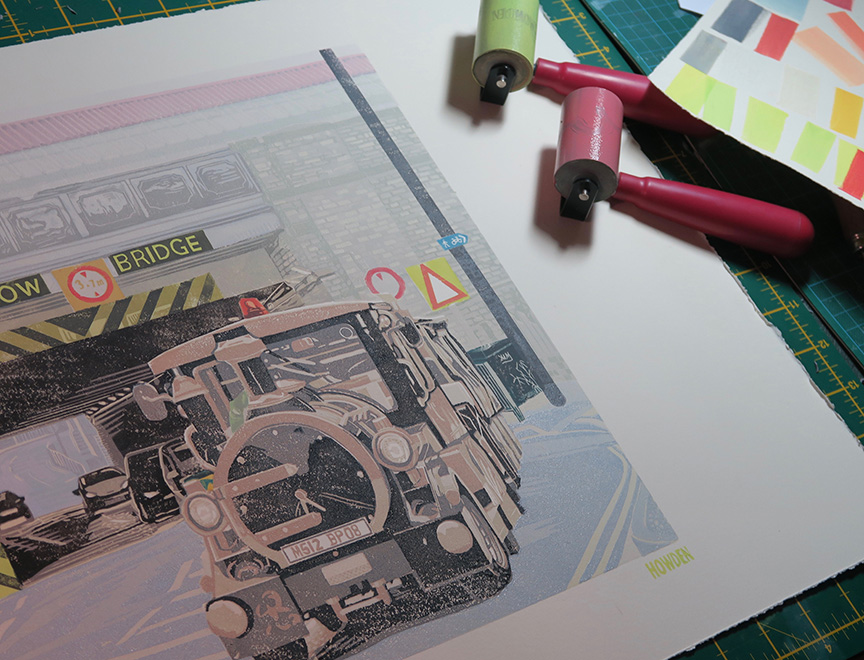 During my BA in Liverpool I alternated between these two generic wooden brayers that did a great job, but as my work became more ambitious, growing in scale and complexity, their shortcomings were exposed. I decided to experiment with Speedball’s line of Soft Rubber Brayers after graduating in 2015 and they have given my prints a distinctly different feel due to the way they distribute, cushion and blend the inks. For me, the two most important qualities of a brayer are its durability and consistency. Given my use of colour and layering, I use a handful of brayers whenever I print, washing them dozens of times. After 3 years, Speedball’s Soft Rubber Brayers, especially the Pop-In, show no sign of deterioration and are incredibly reliable.