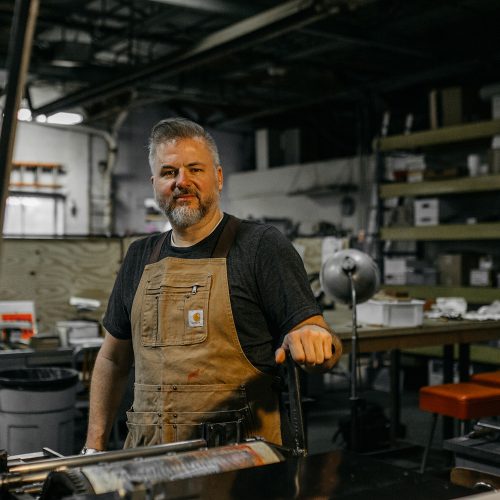 Don Kilpatrick III moved to Detroit in 2007 to begin his career at the College for Creative Studies as a faculty member in the Illustration Department of which he has been the department chair since 2010.

Kilpatrick’s work has been featured in publications such as Fortune, the L.A. Times, and the Wall Street Journal. His illustration can be found on the Olympic medal for the XIX Winter Games in Salt Lake City. Most recently his work can be found in the form of a series of large-scale murals on the newly built Little Caesar’s Arena in Detroit.
Additionally, he has exhibited his artwork in Detroit, New York, Philadelphia, and Miami. The Butcher’s Daughter gallery hosted Kilpatrick’s first solo exhibition in November of 2012, and another solo exhibition in December of 2013, January 2015 in New York City, and most recently in January 2019 at M Contemporary gallery in Ferndale, Michigan. This recent show included a collaboration with renowned bespoke shoemaker and artist Noriyuki Misawa.

In July 2019 Kilpatrick had the opportunity to travel to Tokyo, Japan to learn aspects of bespoke men’s shoemaking from Noriyuki Misawa and Yukie-Kon (Misawa and Workshop) at their school, “The Shoemakers Class” for two and a half weeks. While there I made a pair of oxford shoes under their direction and is now incorporating the influences that he discovered there into his printmaking work. One major takeaway was the importance of handcraft, and how quality in what one produces is one of the most important things in their culture. The various patterns, shape design, and other influences have been working their way into the larger scale woodcuts that Kilpatrick has been exploring lately. He has incorporated these graphic shapes as a second color in his most recent prints over this past year, and as stand-alone pieces as repeatable patterns.

The shoes collaboration with Noriyuki Misawa was most recently in a group exhibition at Isetan in Tokyo. Noriyuki Misawa designed and made a pair of oxfords that were measured off Kilpatrick’s feet, and Kilpatrick carved relief into the leather soles of these shoes. The theme of the collaboration was “music”, and the carving on the soles of this pair of shoes reflects this theme. These shoes act as both the woodblock and the weight of the human body acts as the printing press. 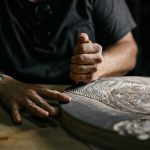 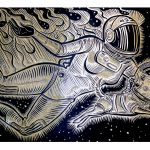 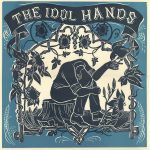 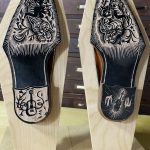 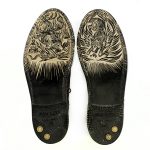 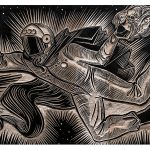 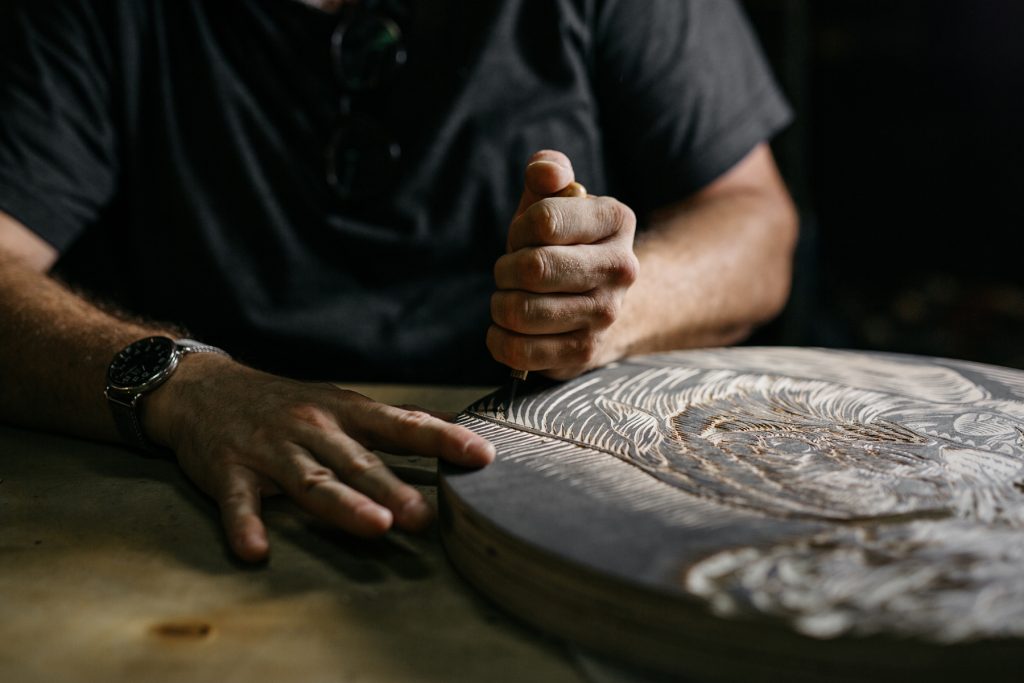 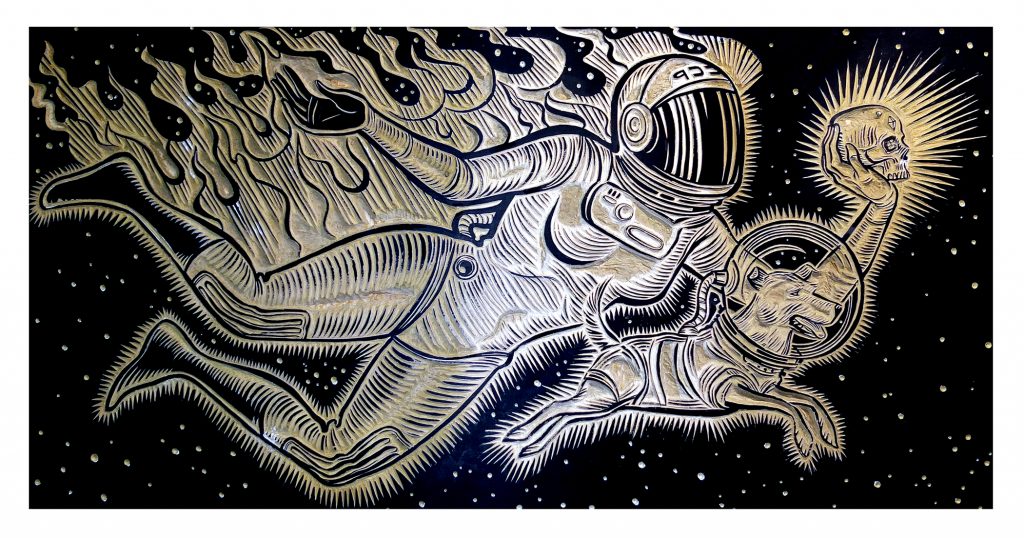 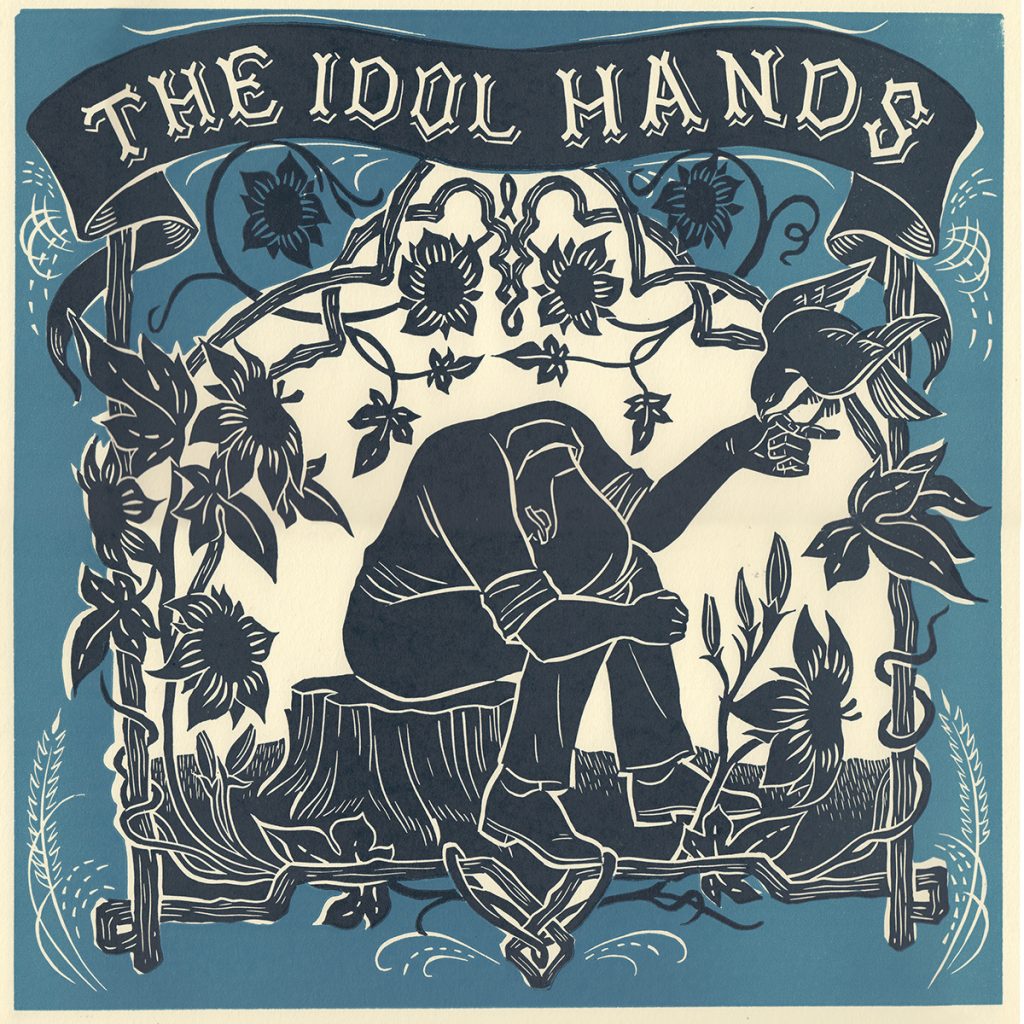 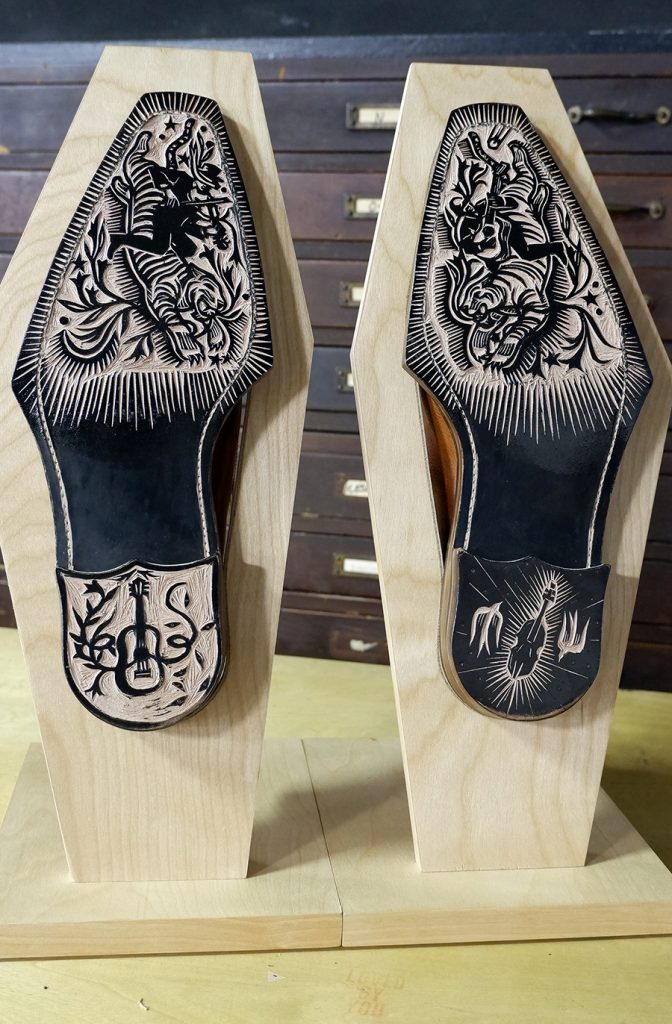 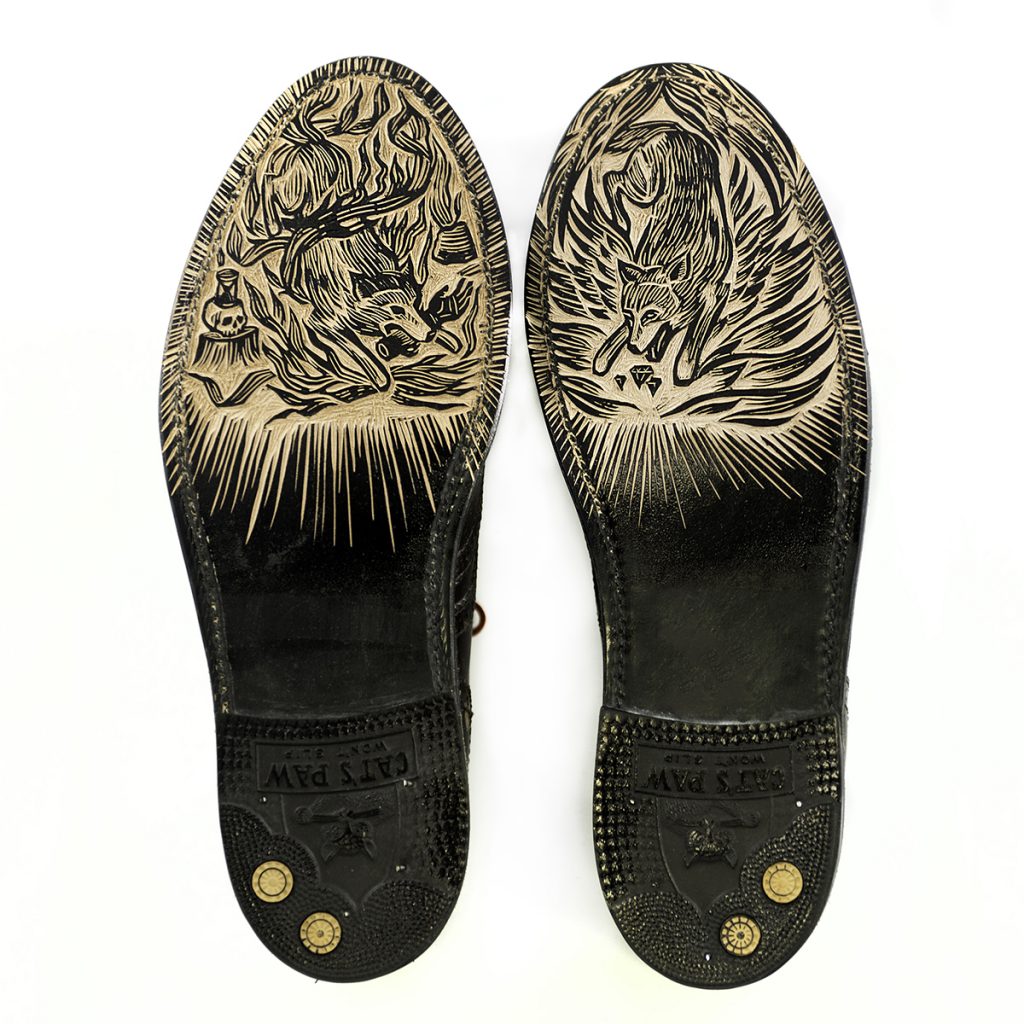 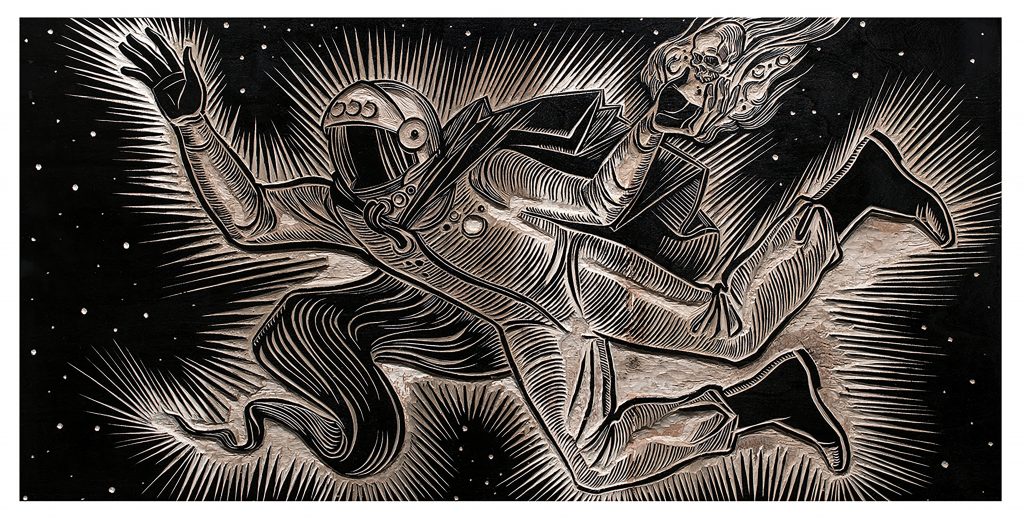 Soft Rubber Brayers- these have been my go-to for years. I use all sizes, and even carve my art and designs into them as printing blocks. They get the job done no matter how I use them. I use them primarily for inking up my Lino and wood blocks, but I also use them for unique textures in my paintings.

The Speedball Baren- I have used this for years as well, and is great to have when I don’t have access to a press, or if I am printing large or odd shaped blocks that won’t necessarily fit onto a press.

Oil Based Block Printing Inks- as other Speedball products I have listed here, these have been my go-to for printing my linocuts, woodcuts, and wood engravings for years. They are consistent, and I get great coverage.

Professional Relief Ink- I really enjoy the coverage of these inks on my woodcuts, and they clean up nicely.

Etching presses- as an illustrator whose work depends on good quality prints from my woodblocks, the various etching presses I have used are great for the many different sized blocks that I print from.