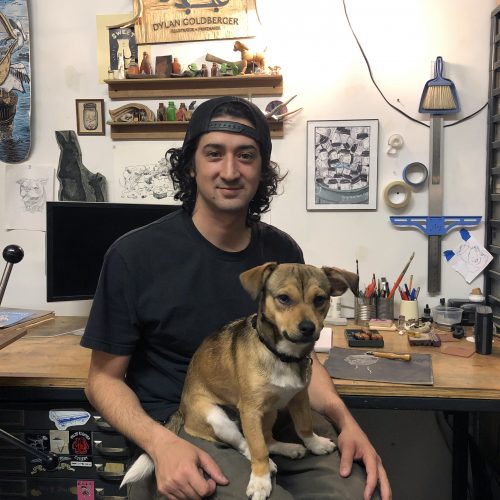 Dylan Goldberger is an illustrator and printmaker based in Brooklyn, NY. He grew up in New Rochelle, NY and moved to Brooklyn in 2007 to attend Pratt Institute, graduating with a BFA in Communication Design. He creates detailed, boldly-lined woodcuts, linocuts, and screen prints and creates digital illustrations using a visually similar technique.

His work is characterized by rich detail and texture and regularly features anthropomorphized animals in humorous scenes. His love of dogs and skateboarding are notable themes and present in his self-published alphabet book, See Spot Shred, released in 2015. He has collaborated with notable retailers such as Vans, Deathwish Skateboards, and Rome Snowboards and publications such SF Weekly, The Portland Mercury, and Thrasher Magazine. 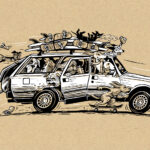 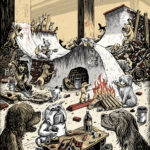 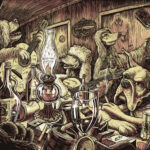 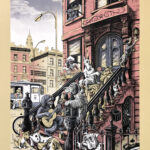 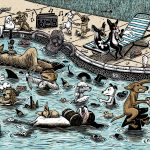 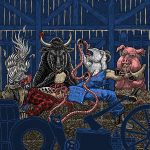 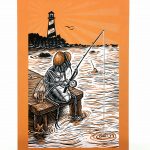 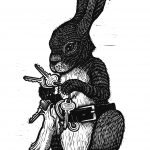 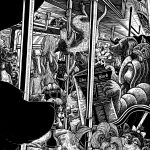 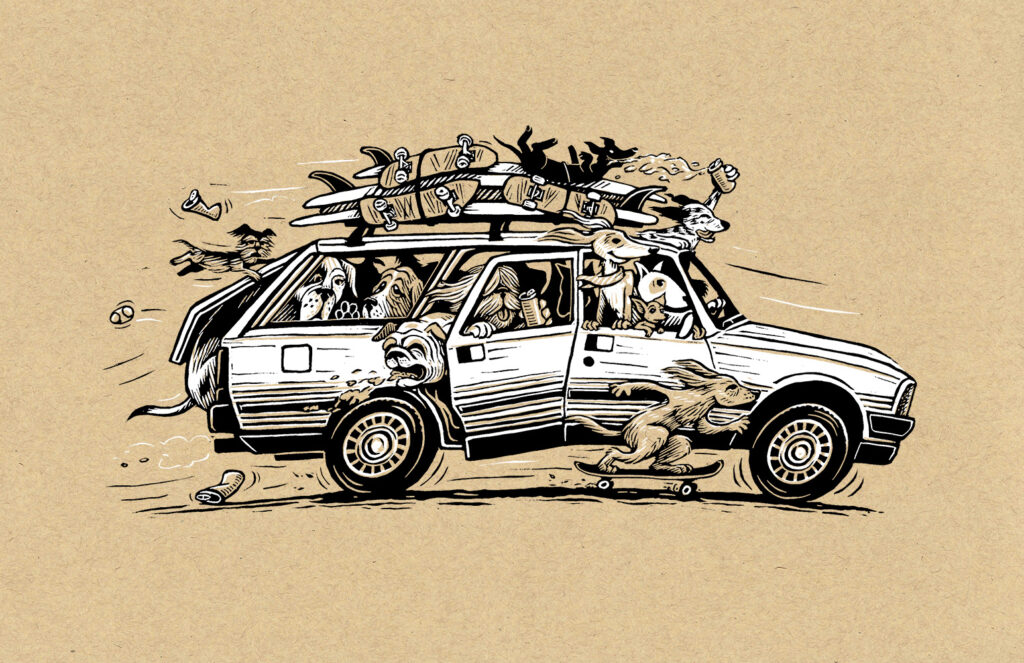 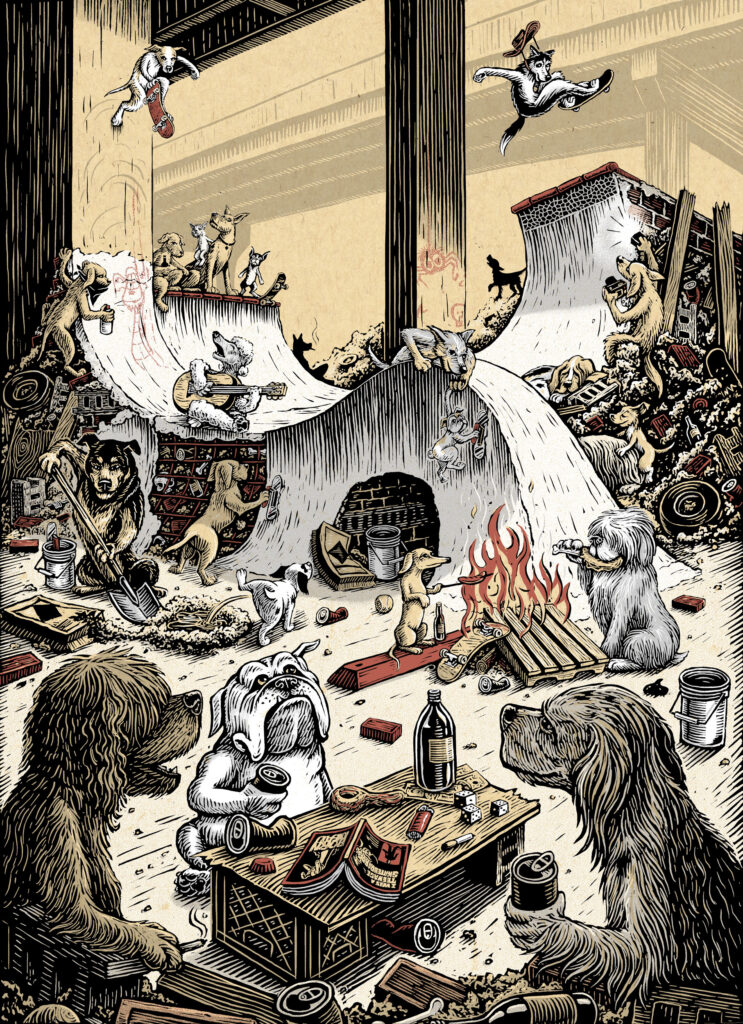 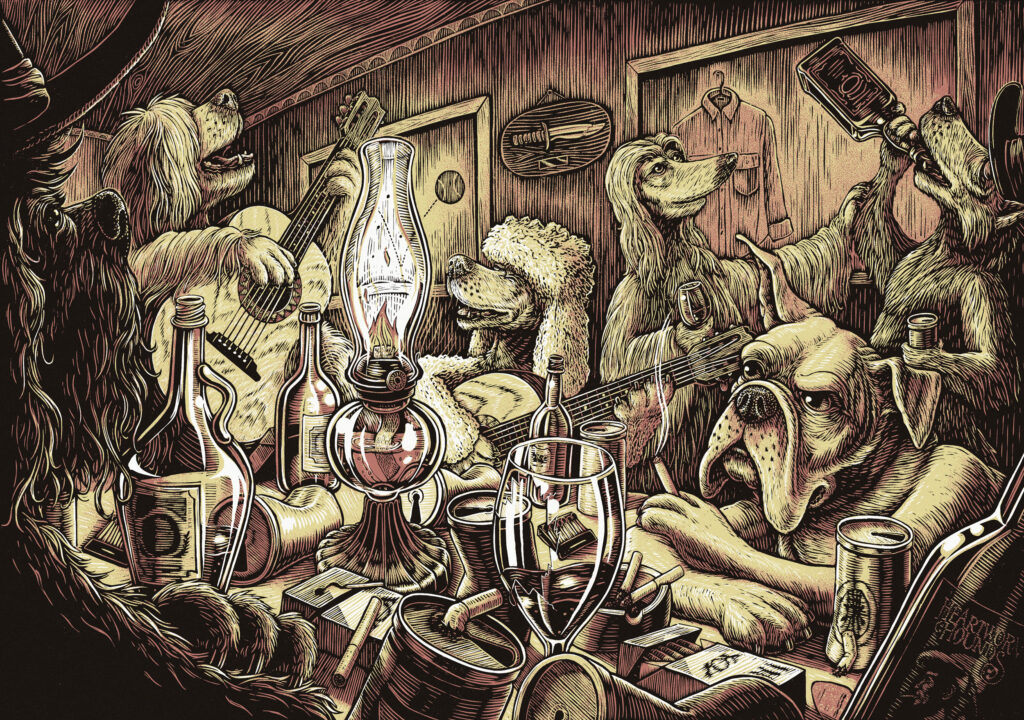 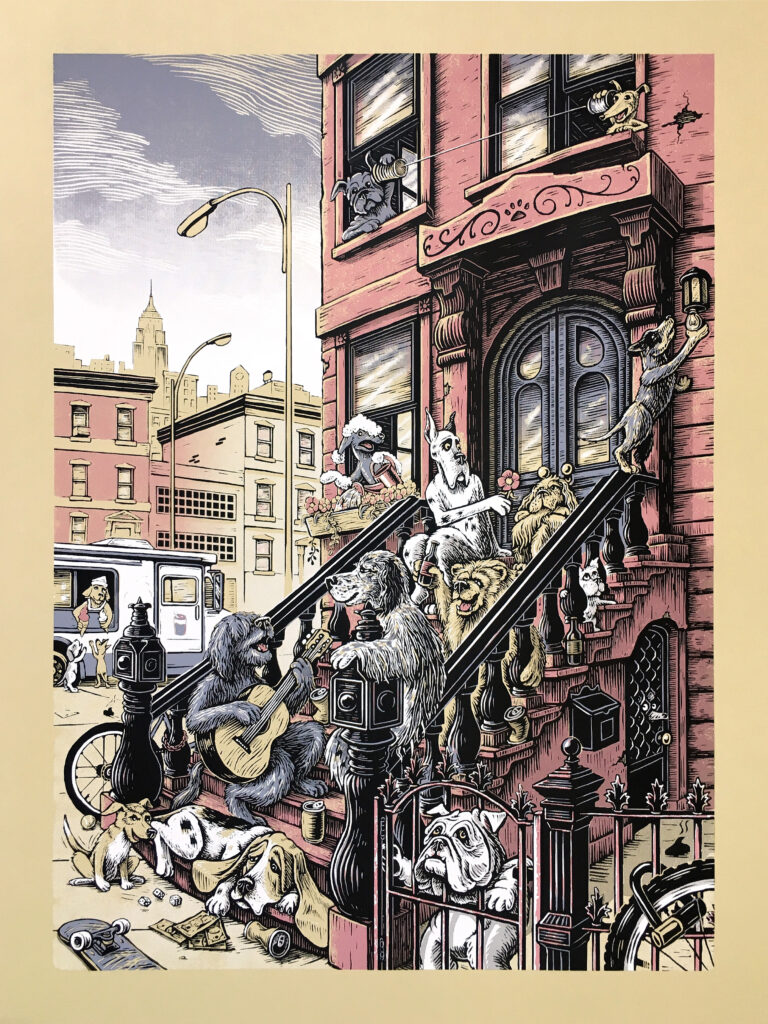 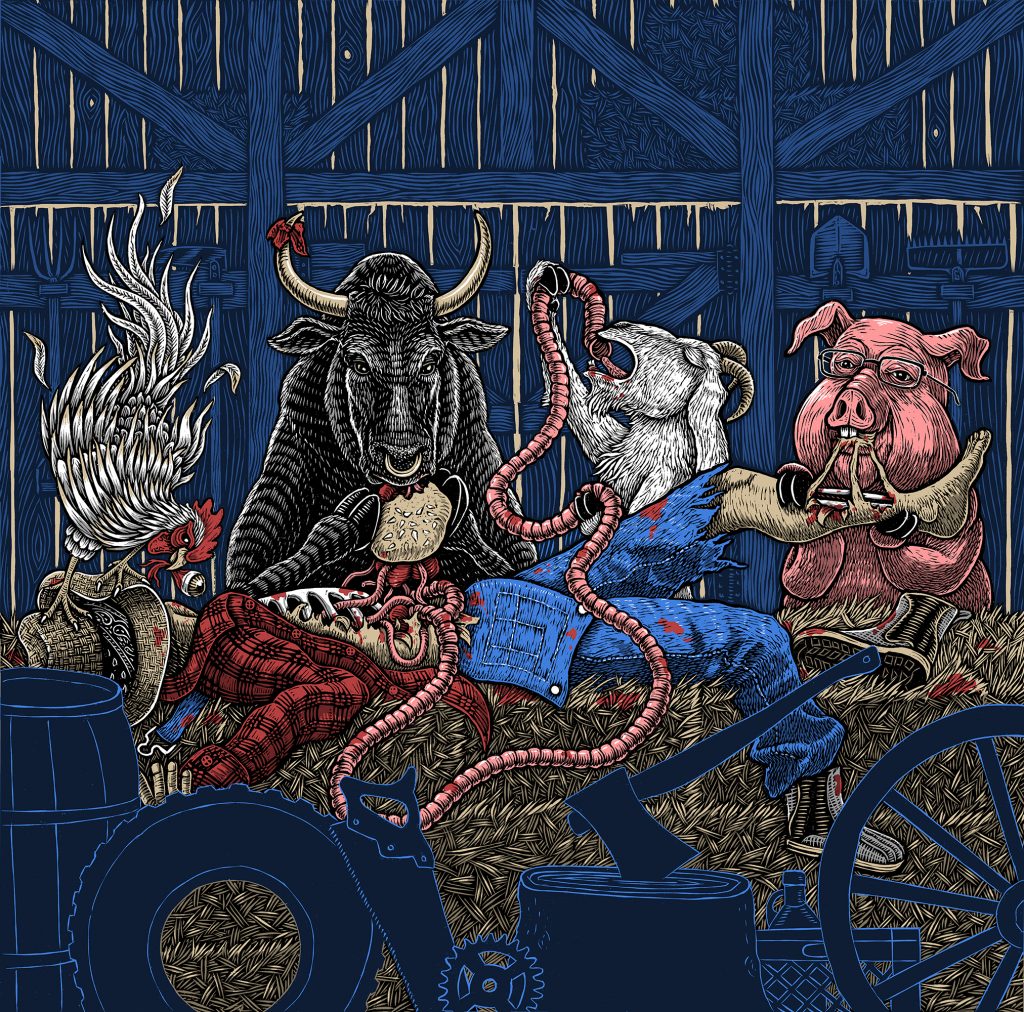 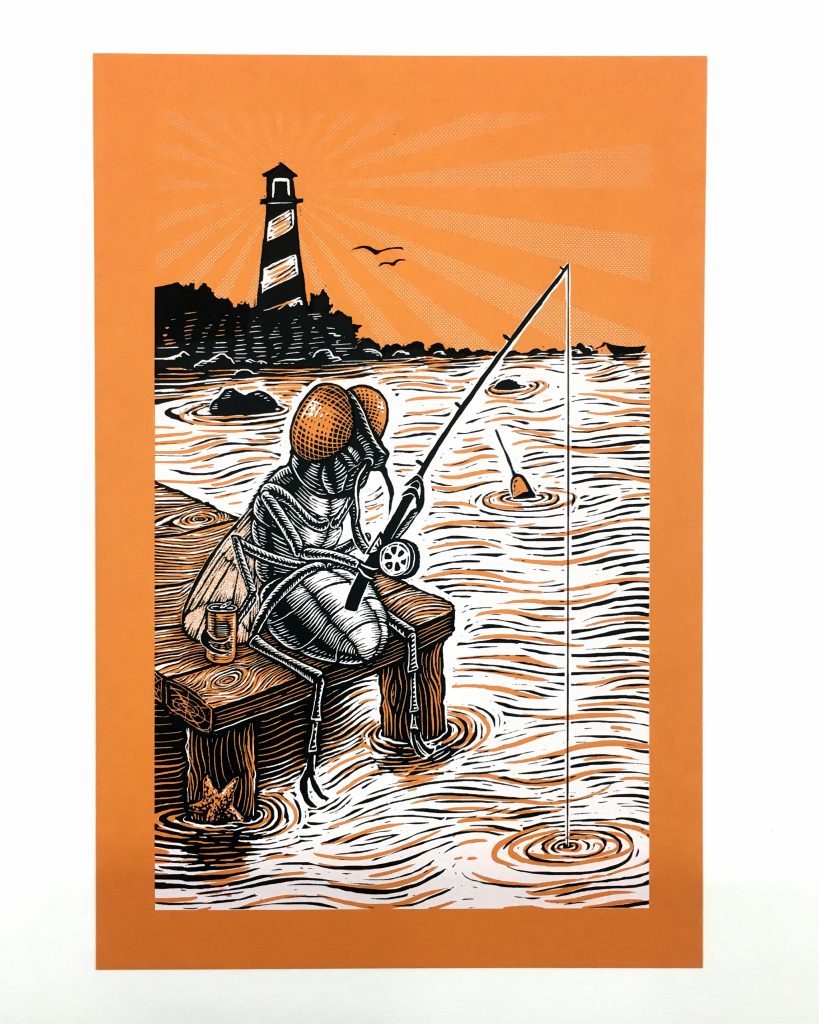 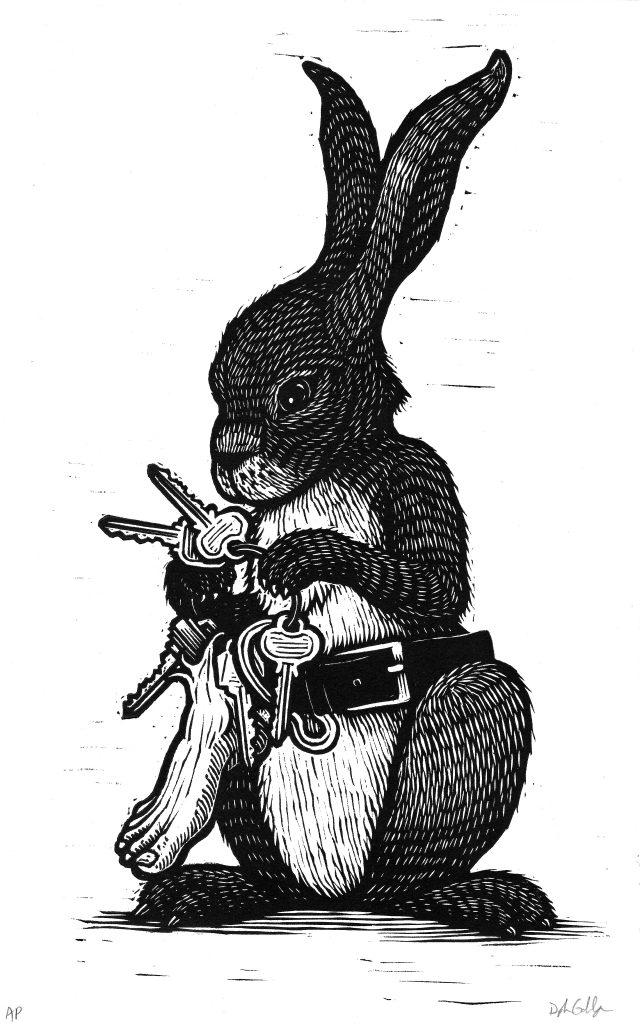 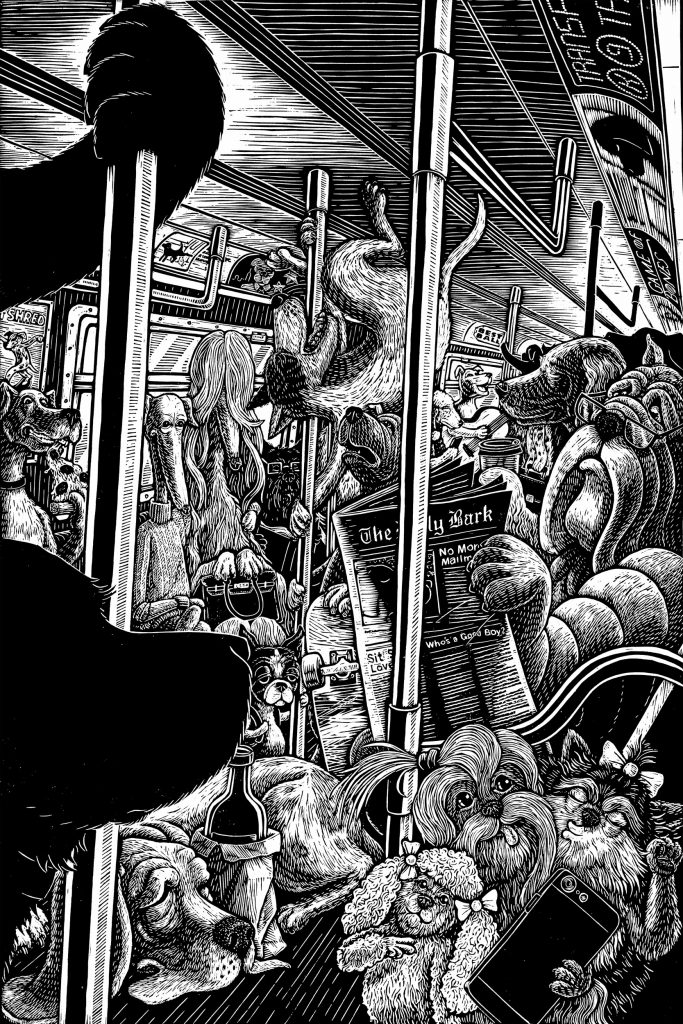 I really enjoy how the Pro Relief Inks act like an oil based ink but clean up easily with soap and water. I often need a single block print to scan or use as a key image for a screen print and being able to do this quickly with minimal cleanup is awesome. I edition all my color prints as screen prints and have been using Speedball Acrylic Screen Inks exclusively for the past decade. Recently I’ve been using the Kraft Arnhem Paper for a lot of prints. I love starting with that warm neutral tone as a background.