Franz Spohn began life wanting to be a cowboy, but upon winning the Pancake Supper Poster Contest at Montrose Elementary School he found the prospects of being an artist more appealing.

Ever since those heady days Franz earned his M.F.A. in printmaking and drawing from the Ohio State University and has taught at University of the Arts, Walla Walla State Penitentiary and currently retired from Edinboro University . He is co-producer and host of the PBS instructional series Eureka! the Creative Art Series (winner of a NEA development grant) and has had his work featured on Ripley’s Believe It Or Not, the Food Channel’s the Secret Life of Gum,  and the remake of I’ve Got A Secret on the Game Show Channel. He has just finished shooting his 4th season as co-host with the long running PBS series Hands On Crafts for Kids.

One of Franz’s favorite creative activity is illustrating. He has illustrated books and bookcovers for Bantam, Doubleday, Dell publishers, as well as for other corporate clients. He has done projects for Target, Heart of America, Speedball Art Products, Faber-Castell among others.

Active as presenter for demonstrations and workshops nationally, Franz has participated at state and national education conferences (28 years at NAEA) and was keynote speaker at the Ohio Art Educator Association annual conference in 2013. While living in Pittsburgh Franz was a regular contributor to programs at the Pittsburgh Children’s Museum and the first 3 years of First Night Pittsburgh.

Franz also enjoys orchestrating the construction of monumental community participation murals made of gumballs. These are generally 6’ 8’ large and use over 13,000 gumballs of 8 colors in the pointillist tradition (he often refers to the murals as sweet pointillism). Google Franz Spohn images and a variety of these 200+ murals will reveal portraits of Gene Wilder (as Willy Wonka), President Obama, Martin Luther King, Jr, Jay-Z and other images.

Franz began teaching at the college level since 1973 in venues ranging from University of the Arts, Philadelphia to maximum federal security prison in Walla Walla Washington. He is now Professor Emeritus after 20 years of teaching at Edinboro University of PA.

Mostly, Franz is interested in living and working creatively and thoroughly enjoys sharing his energy and insights with the child within all ages! He, himself, is a 5 year old with 62 years of additional experience. 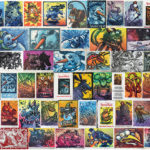 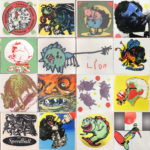 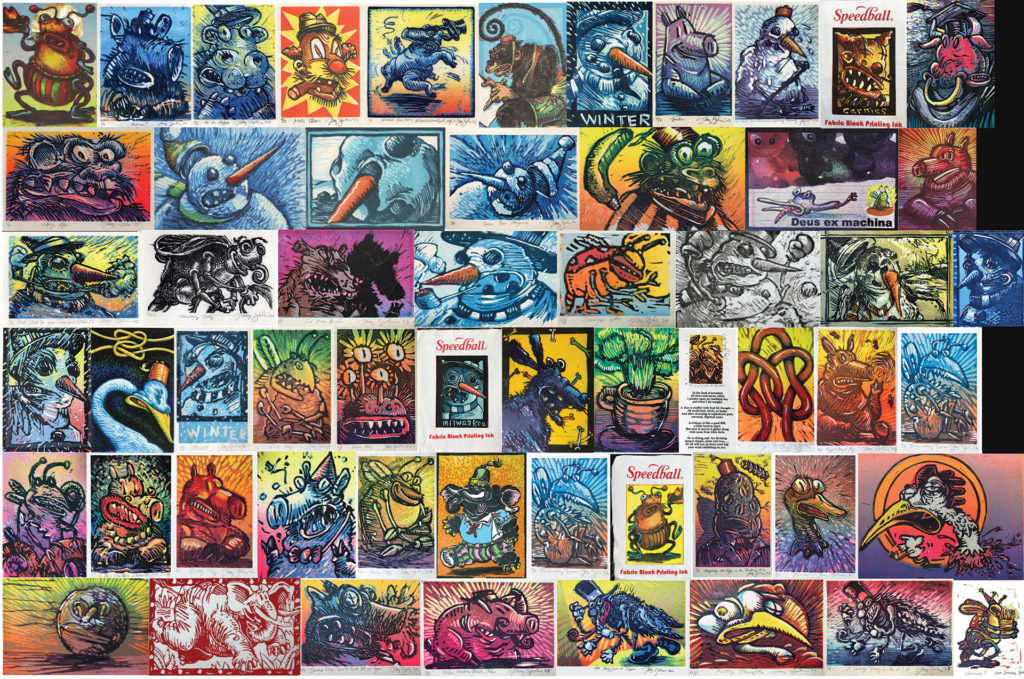 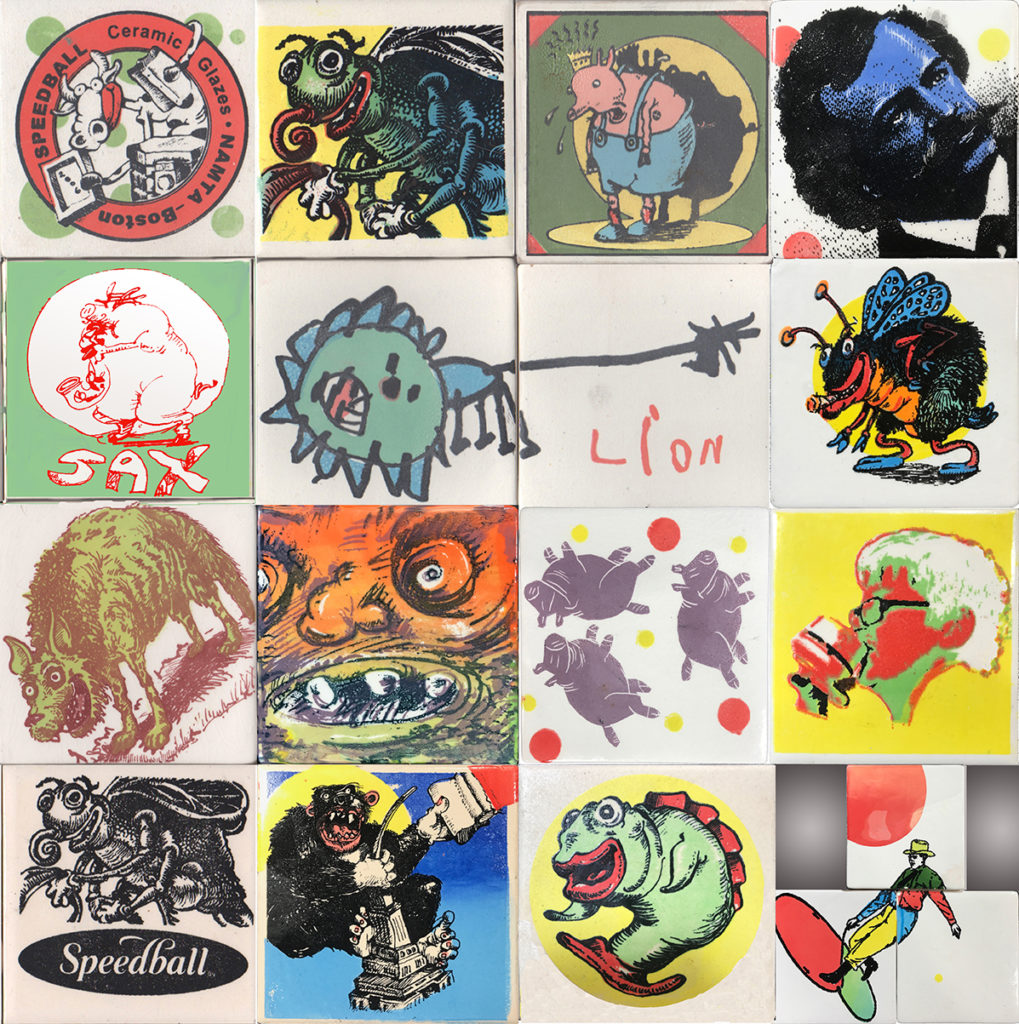 As most of my projects, whether printing or illustrating, are often multi-task I find that there is a wide and comprehensive range of Speedball products that I rely on for their quality and dependability. For illustrating, the full range of ink products from pigmented acrylic to india inks is essential along with the various pen nibs and handles. The archival nature of these products along with the excellent properties of these products enhances my efforts.

In the 80’s water-based inks were still thought of as being strictly for amateurs but as a faculty member of what was then Philadelphia College of Art, I participated in a seminar sponsored by Speedball (then a part of Hunt Manufacturing) to promote them as a professional medium. As part of the seminar I was master printer for an edition for Pat Steir. This edition was presented for inspection to the curator of prints at the Philadelphia Museum of Art and was declared highly  professional. Ever since then I have encouraged my students and recommended to artists of all levels to use Speedball inks, especially the permanent acrylics. The pigmentation is extraordinary with excellent printing properties. A variety of auxiliary products such as extenders, retarders, etc. enhance the system and like the drawing inks the excellent qualities encourage an artist to push themselves to go beyond the norm rather than to hold one back in the case of inferior products.

As part of developing prints or illustration I use a mix of materials. I can make use of ink and pen on prepared acetate for key images in preparation for screen images. I screen print Speedball ceramic glazes (of consistent high quality associated with Speedball) on ceramic tiles or transfer decals. I use the extra thick adhesive for screen printed images requiring metal leaf. Additionally, I have used screen printed surfaces for my illustrated book covers for Bantam, Doubleday, Dell publishers. Regardless of whether I am using the products for a limited scope or for the wider range of most of my projects Speedball is there.