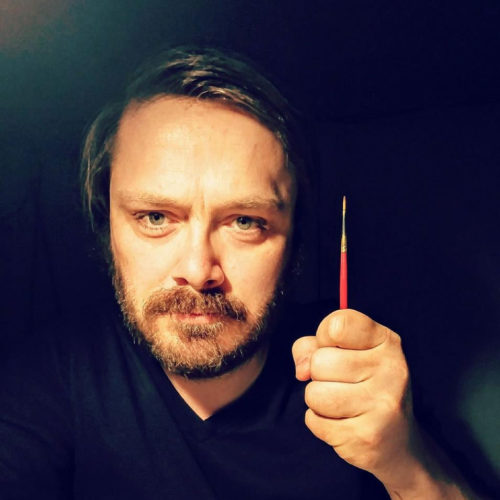 A former Creative Director of Paul Frank Industries and the co-founder and former Creative Director of Lately Lily, Micah Player began his illustration career designing characters, graphics and style guides for the apparel industry. He then went on to write and illustrate the picture books Chloe, Instead and the Lately Lily series (Chronicle Books). He is the creator of the best-selling “Around the World Puzzle” and it’s follow-up, the “Around the World Matching Game” (also from Chronicle). His commercial work has appeared in Anthropologie, Selfridges, MOMA, The Land of Nod, Target, World Market, Papyrus, Tea Collection, Pottery Barn Kids and many other awesome places.

Micah was born in Alaska, as the seventh of nine kids in a family of drifters. Some of his earliest memories are of the rolling interstate from Oklahoma to California, eyes gazing out the window of the family van, pencil firmly in hand. The far-off places and continuing daydreams that filled his sketchbook were a sort of home base in a life on the move.

Micah is fascinated by the intersection of story, product design, illustration and branding, the ability of great creative work to give ideas a sense of place and tangibility. His work is informed by a deep love and appreciation of the holistic approach to design pioneered in the mid 20th century and the smart, whimsical picture books produced in the 50s and 60s. Micah’s style marries sharp, deliberate shapes of vibrant, saturated color with translucent ink washes and linear, expressive brushwork.

He now lives in a little house beneath a giant tree in the mountains of Utah with a lovely schoolteacher named Stephanie. They are the parents of two rad kids, one brash little Yorkshire Terrier and several Casio keyboards. 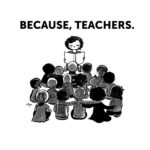 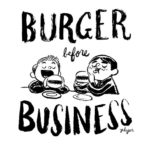 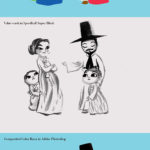 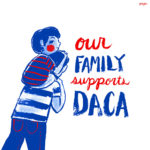 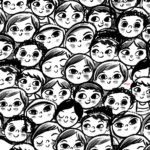 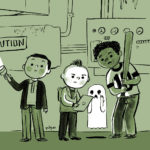 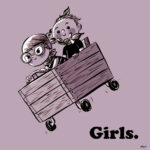 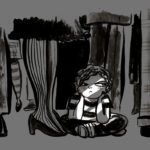 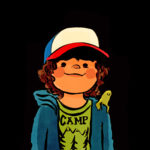 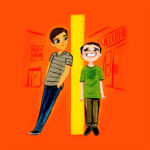 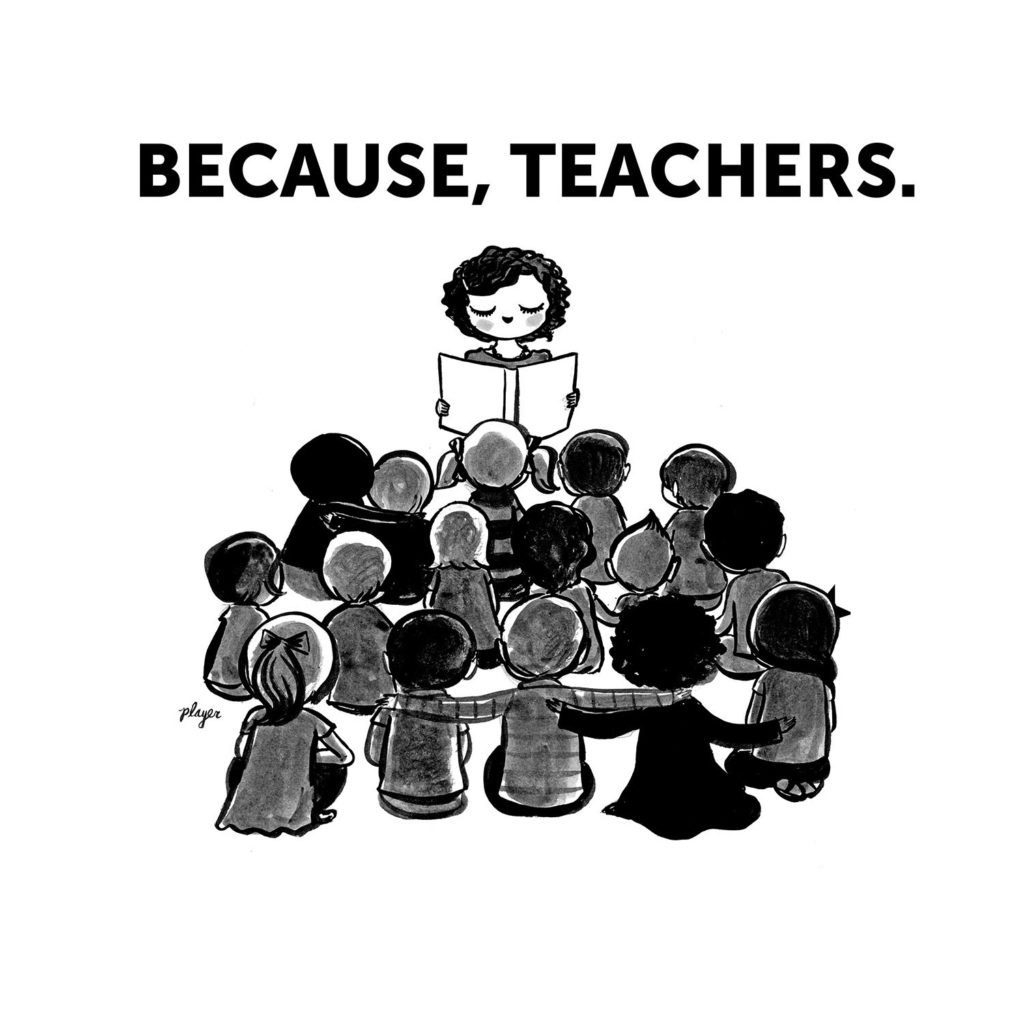 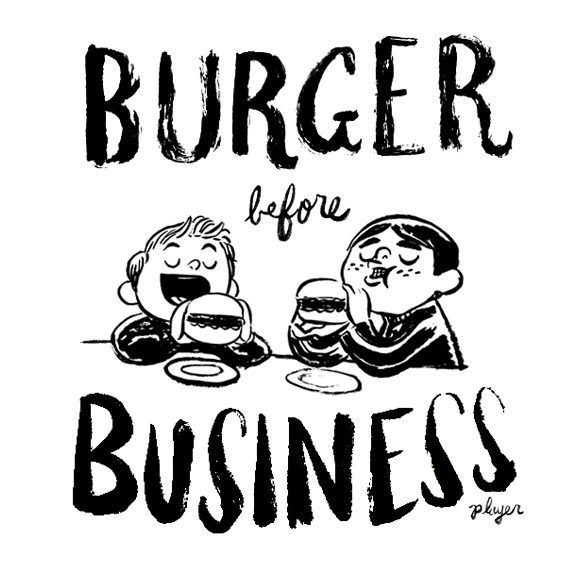 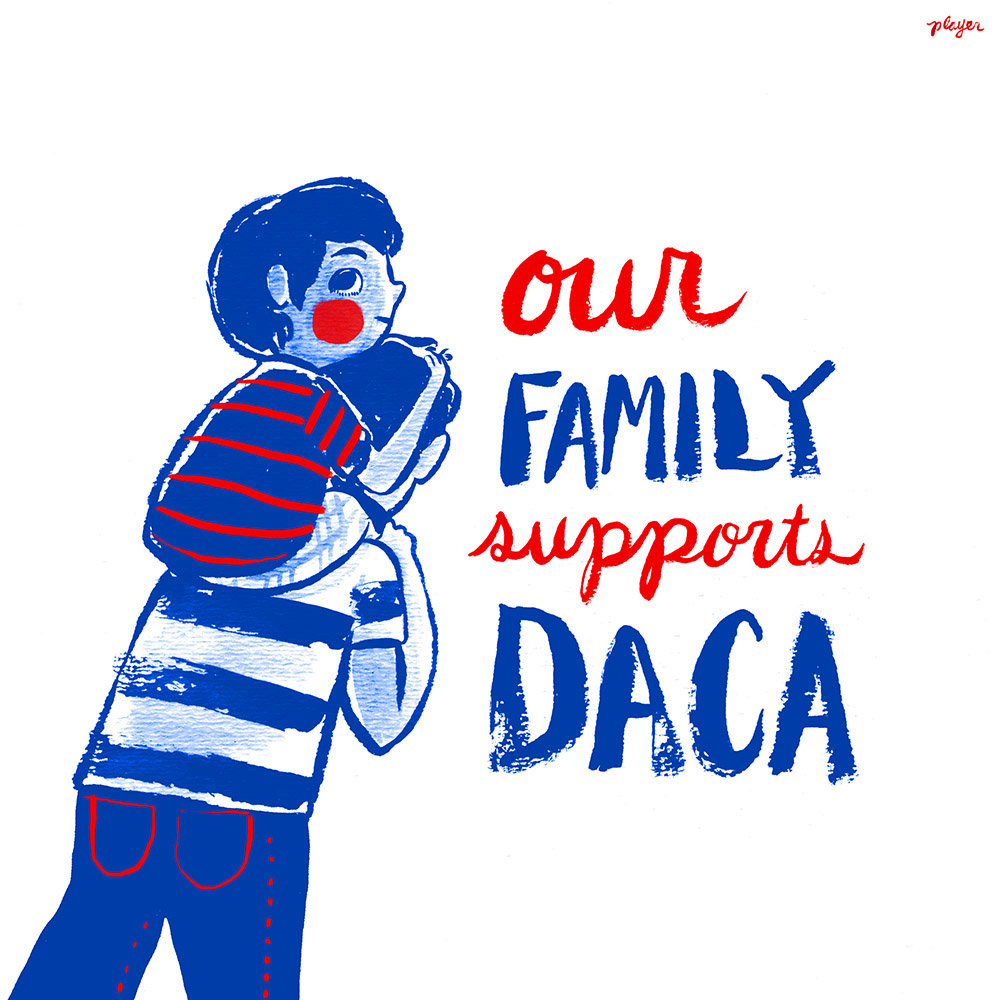 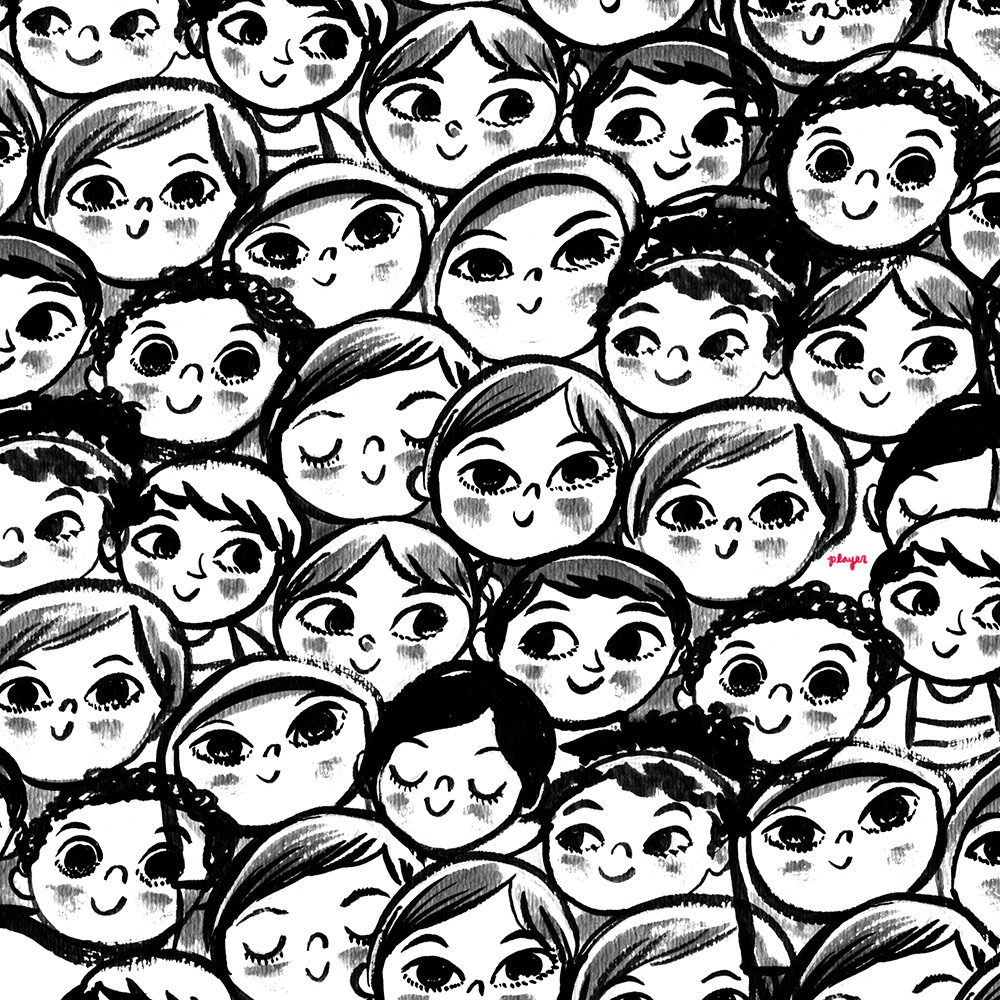 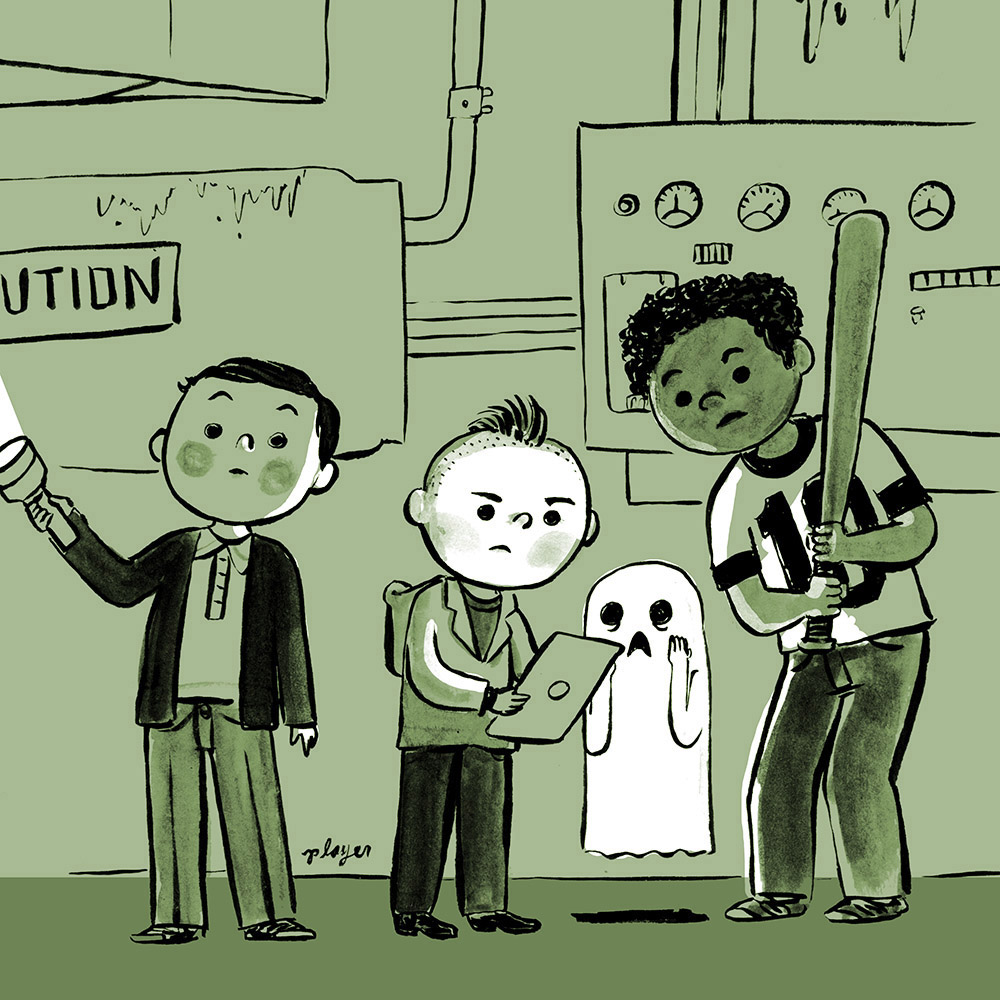 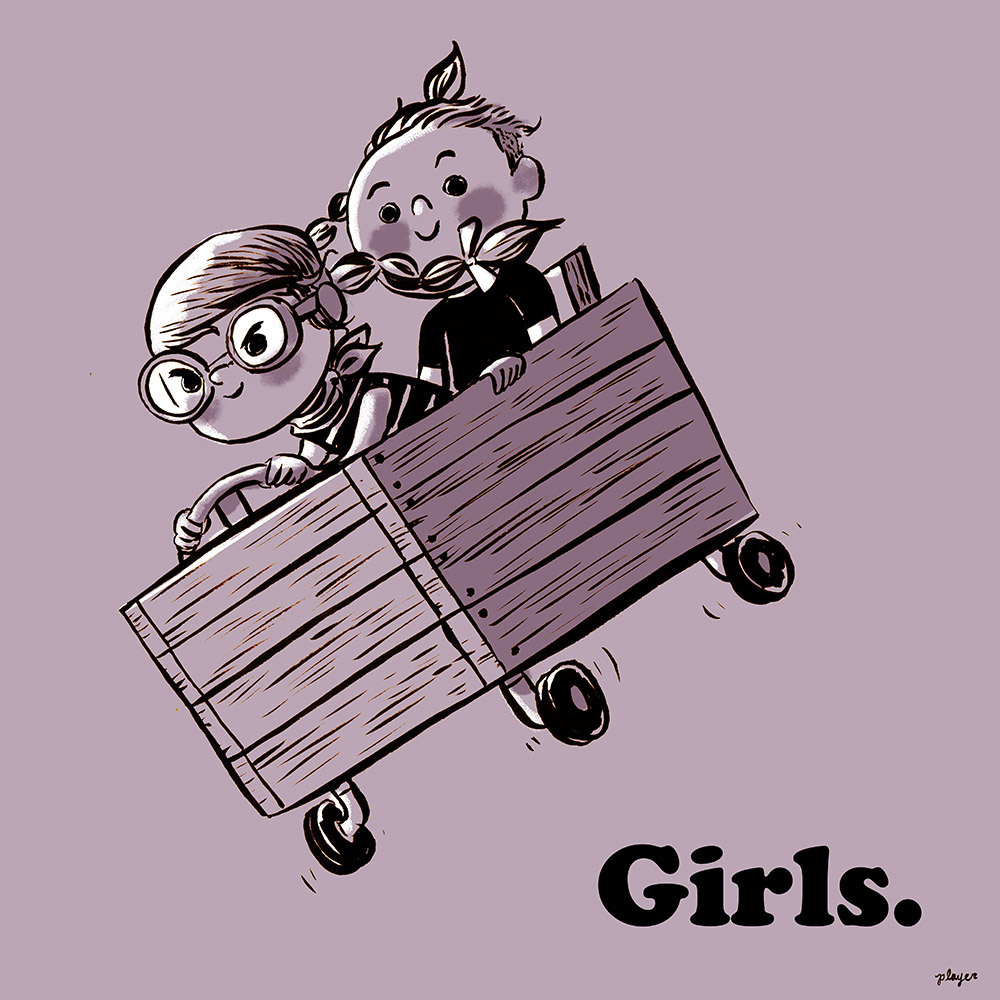 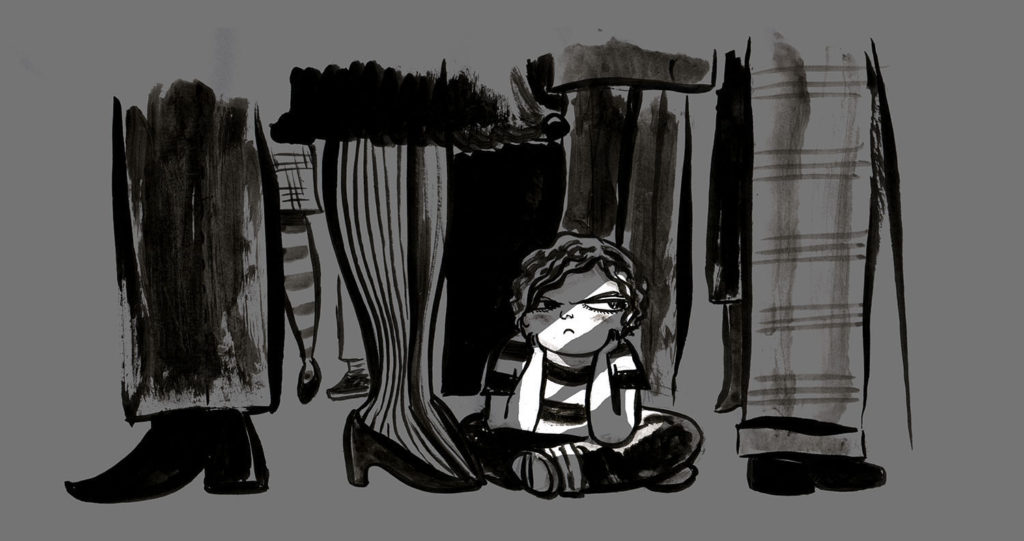 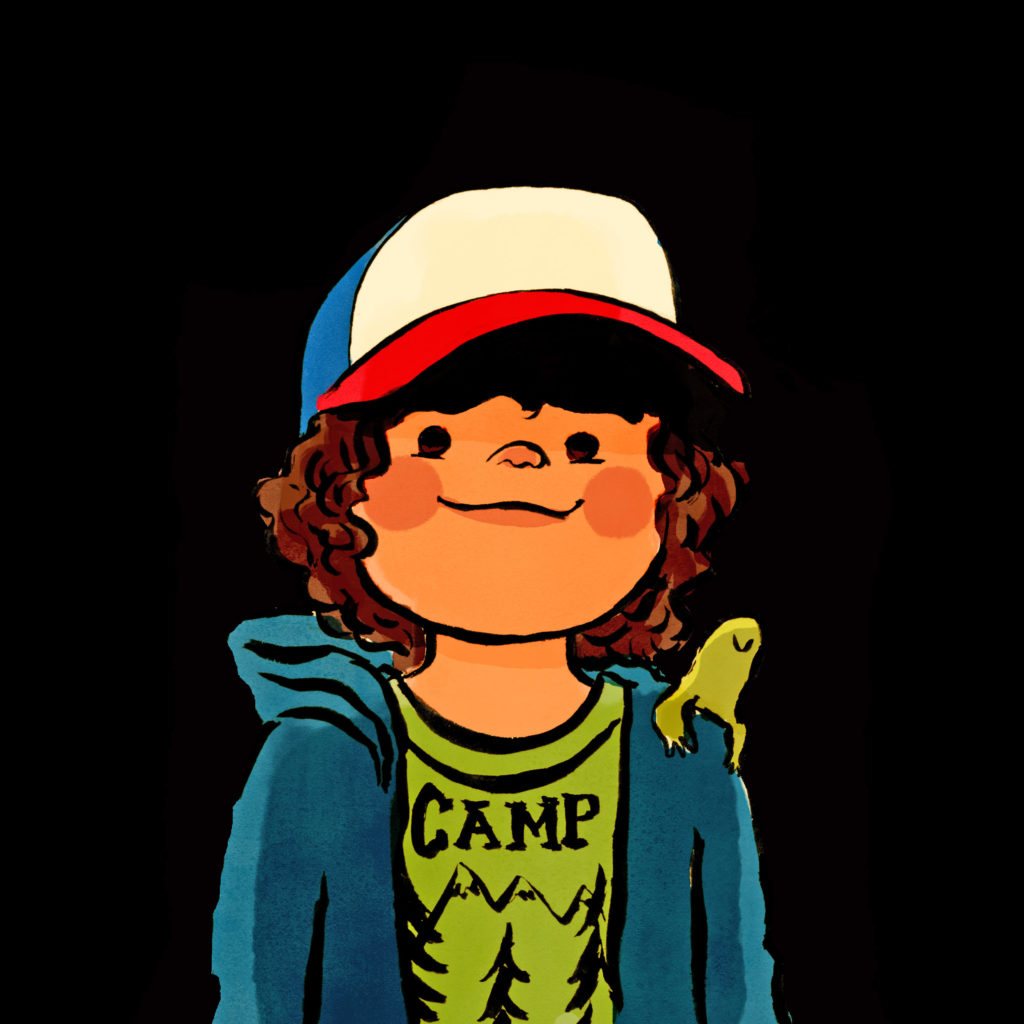 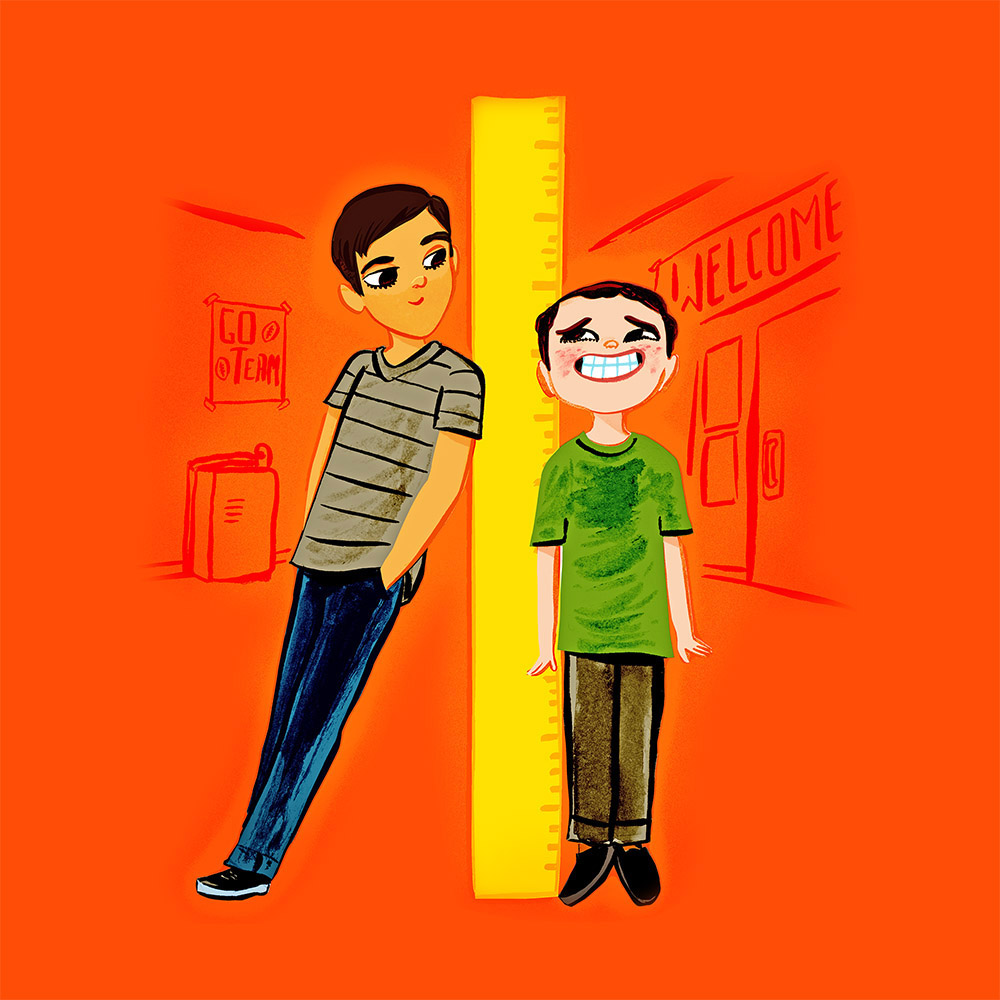 Speedball Super Black India Ink and brush has held a central place in my creative work for over a decade. It dries incredibly fast and works well whether at full strength out of the bottle for blacks, or watered down to various degrees for gray washes. Every water cup I use for rinsing my brushes inevitably becomes an increasingly dark tonal wash that I keep for weeks, adding water to as it evaporates. The added character of grit and time makes me reluctant to dump these glasses out and you will often see several of them at various states of dilution on my drawing table.

Apart from being a huge part of my one color illustration work and lettering, Super Black India ink is an indispensable part of my full-color work as well. I will often lay out flat fields of color as shapes in illustrator, serving as under-paintings. After importing these flat tones into PhotoShop, I will overlay scanned tonal washes of watered down Super Black and brush as Color Burn layers over the flat color fields, adding depth and detail. The end result has the textural, natural properties of the India Ink combined with the vibrant, controlled advantages of digital color.

Have gone through countless bottles of Super Black over the years and I routinely buy a steady replacement supply from our local art store. Illustration, lettering, monochromatic or full color, Speedball Super Black India Ink is synonymous deep blacks, even washes and quick dry times. On social media allows me to be spontaneous and work quickly, responding to events happening in the world and in my life in the moment.  There's something special about India Ink that makes it both a fast media in the moment, and something permanent that lasts forever.