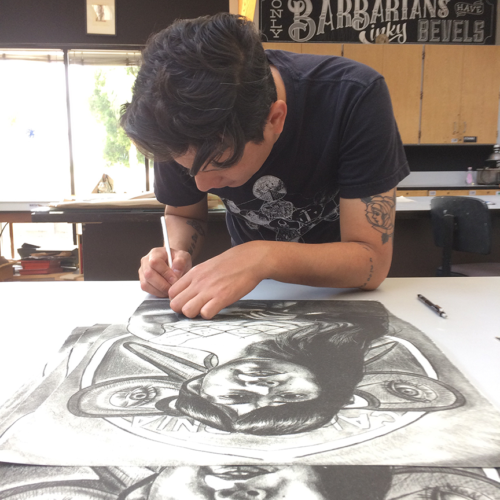 My formal art studies began at the Rufino Tamayo Plastic Arts Workshop in Oaxaca City while I was an assistant and student of the Lithography studio. In 2006, I enrolled to complete my Bachelor’s Degree in visual arts at”La Escuela de Bellas Artes/ Fine Arts School of Oaxaca where I studied under the guidance of prolific artists Shinzaburo Takeda and Raul Herrera.  During this time I completed my education by taking workshops with artists such as Isis Rodriguez, Marietta Bernstorff, Inma Coll and Elvia
Esparza. I was also an assistant in the print studios of Artist Demian Flores (Taller Grafica Actual) and Alejandro Santiago (Taller la Huella).  In 2010 I moved to Riverside, California and started getting involved in printmaking projects with a social justice and educational awareness in communities of color throughout California. In 2015, I opened my printmaking studio by collaboration with “The Desert Triangle Print Carpeta” located provisionally in Riverside. In 2017, I was commissioned by the Wignall Contemporary Art Museum to elaborate a permanent mural, which is located in Southern California.  My artwork has been exhibited in different group shows between Mexico and the U.S. in public and private institutions as well individually: Rufino Tamayo Worskhop (Mx); Casa de la Ciudad Oaxaca (Max); Museo de Los Pintores Oaxaquenos (Mx); Arte Cocodrilo (Mx); Plan B (Mx); Riverside Art Museum (U.S.); Mission Cultural Center (San Francisco, CA), Museum of Art El Paso(U.S.); The Mexic-Arte Museum (U.S.); Comalito Collective (US); College of the Canyons (US).

The images that are first carved on a linoleum or wood plate and later printed on paper or painted on a wall are the result of a learning process that began in the printmaking workshops/talleres in Oaxaca city. My education was primarily in traditional techniques like lithography, woodcarving and drawing; in this period of time I found the portrait as subject for me to communicate with others.
In 2010 I left Oaxaca and I moved to California. My artwork then took the relief print as a way to talk about my new home and life in the US and has also been a way to find myself in this country.
Through the representation of my surroundings, the portrait was both challenge and an appeal to me. The portrait turned into a portal where I can tell stories and try to find my language as an artist. Every portrait that I have carved or drawn has picked up stories of struggle, hope, highways, cities, animals, houses, protest, signs, injustice, malls, or even pre-hispanic glyphs.  The power to exist between two cultures was no longer my goal; my purpose was now to create a third world, with other possibilities within my images and production.  These images serve as a reminder of where I come from and to pay
homage to culture and tradition, in a contemporary way. I let the faces inhabit new stories of struggle and perseverance, which exist among many others that have to be told. 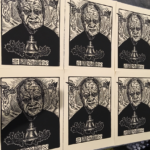 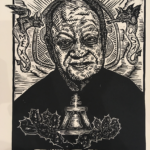 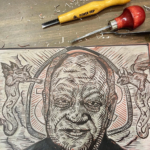 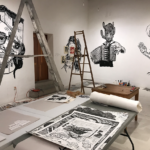 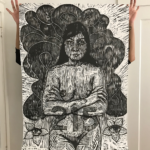 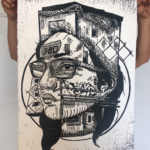 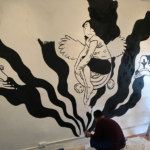 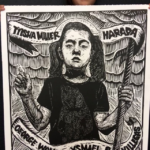 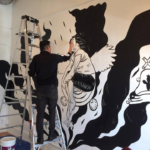 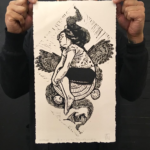 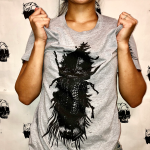 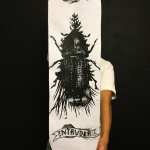 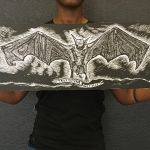 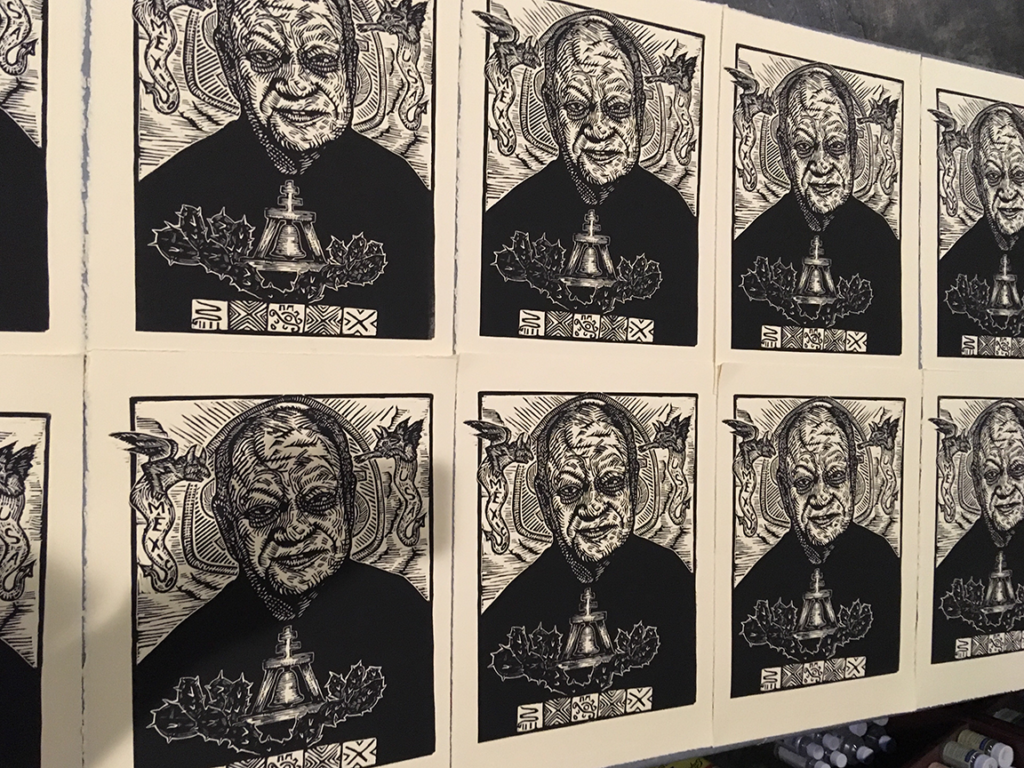 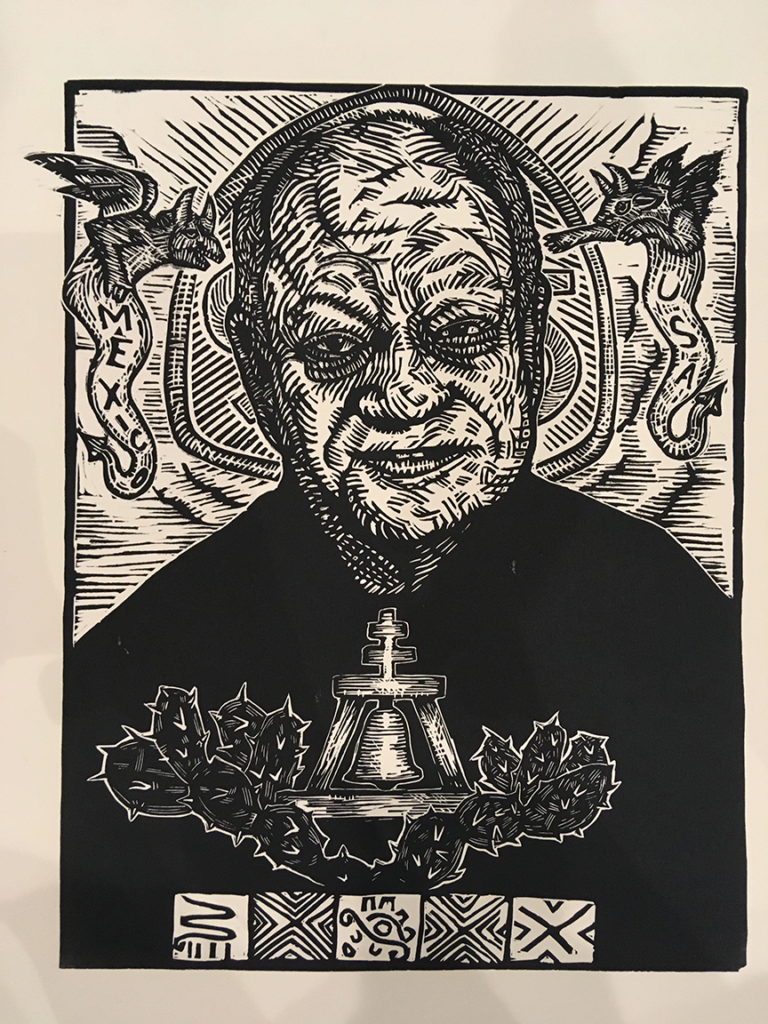 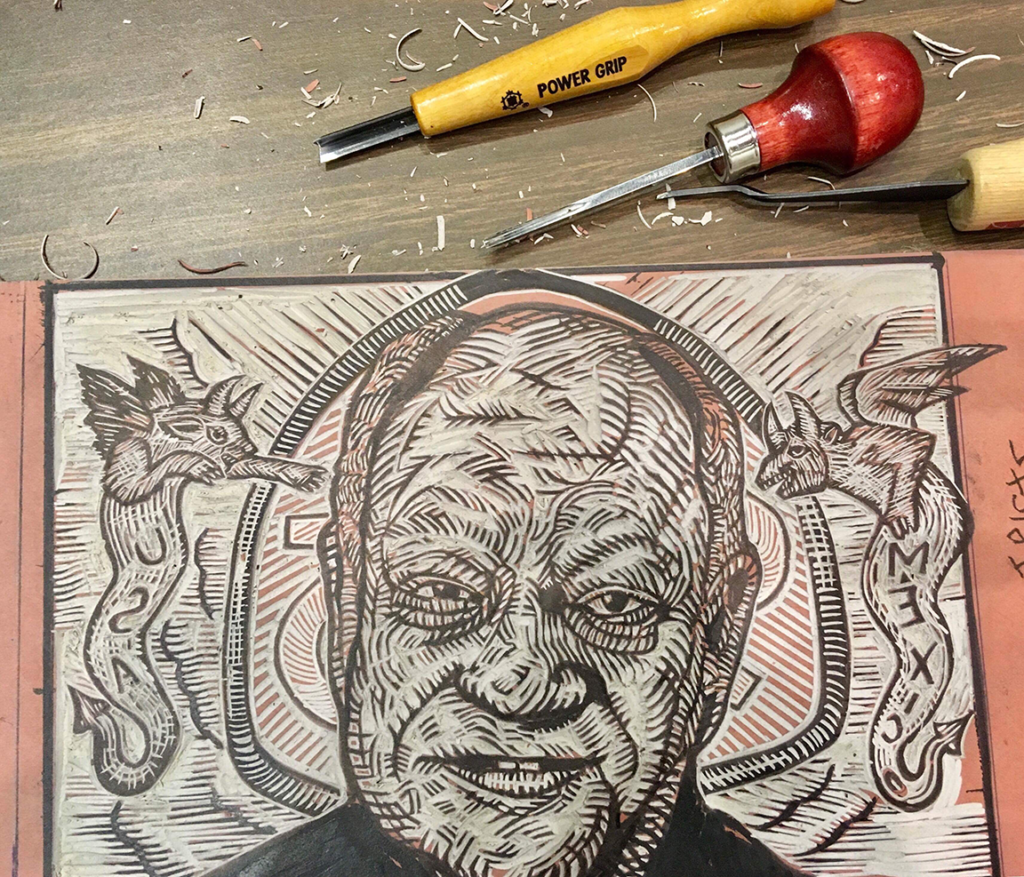 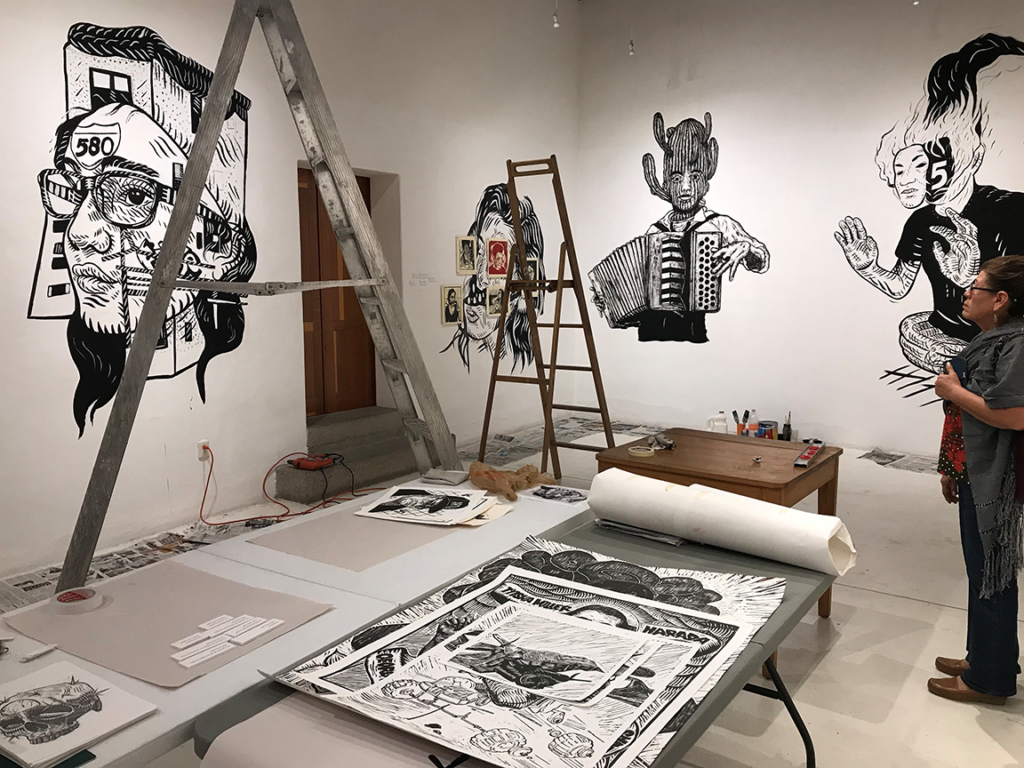 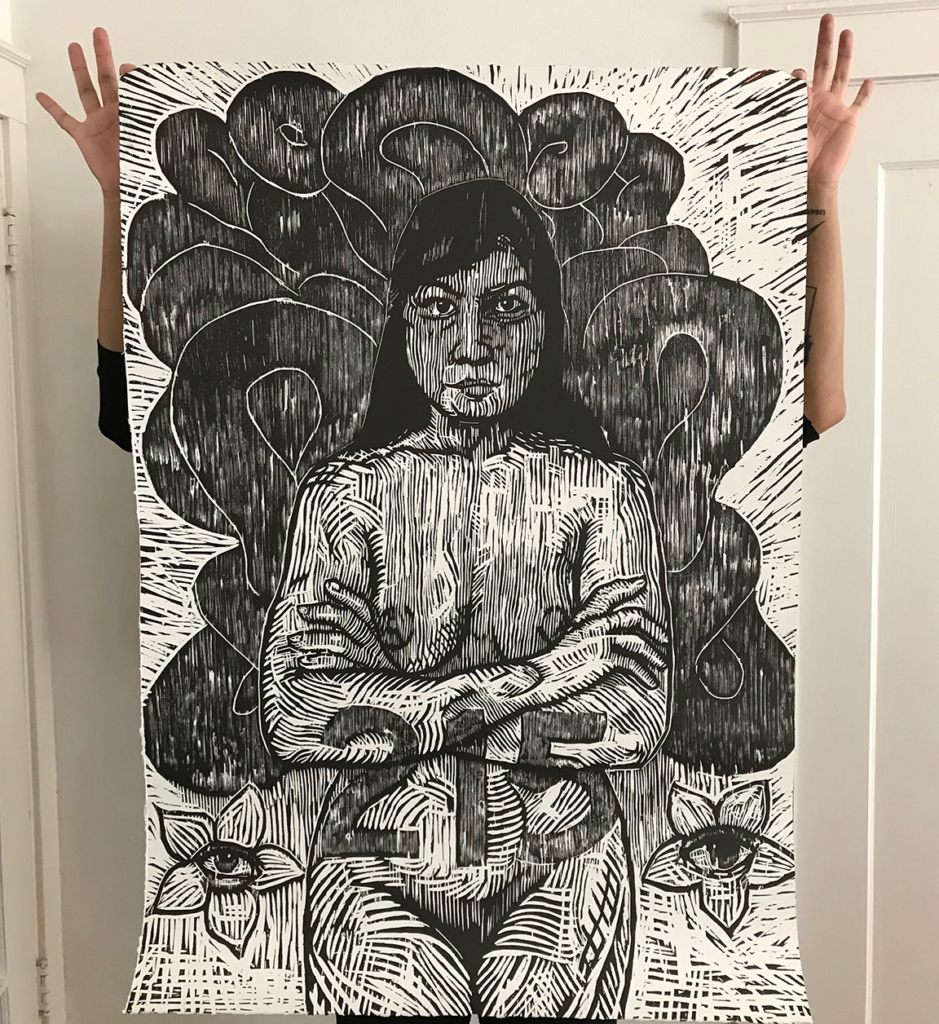 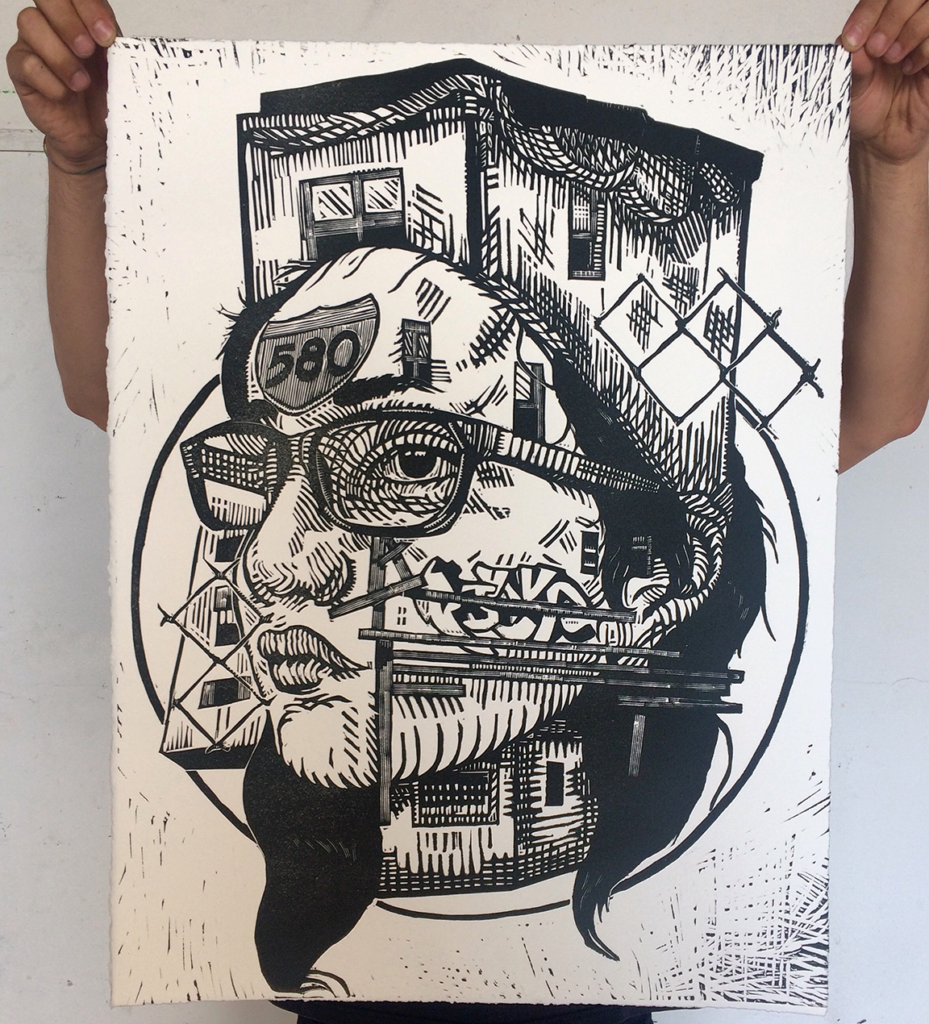 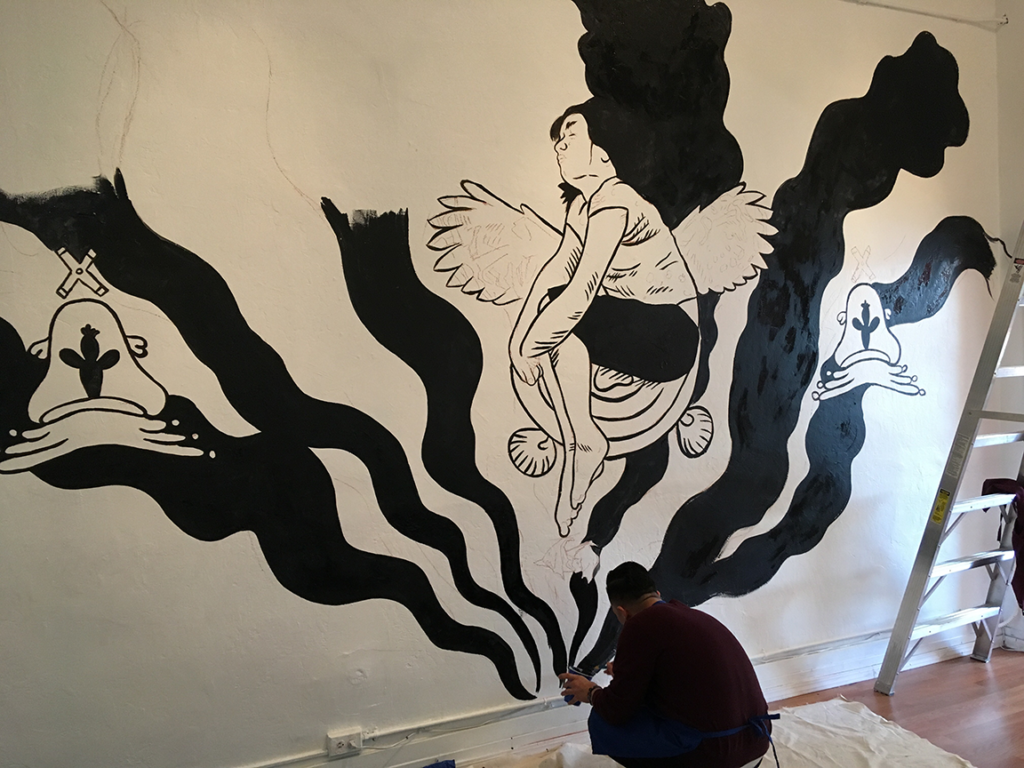 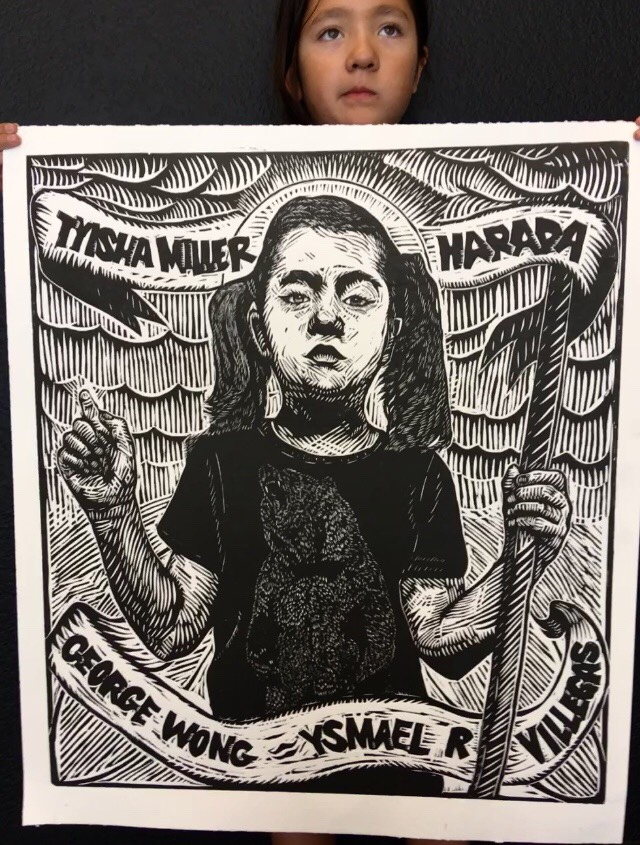 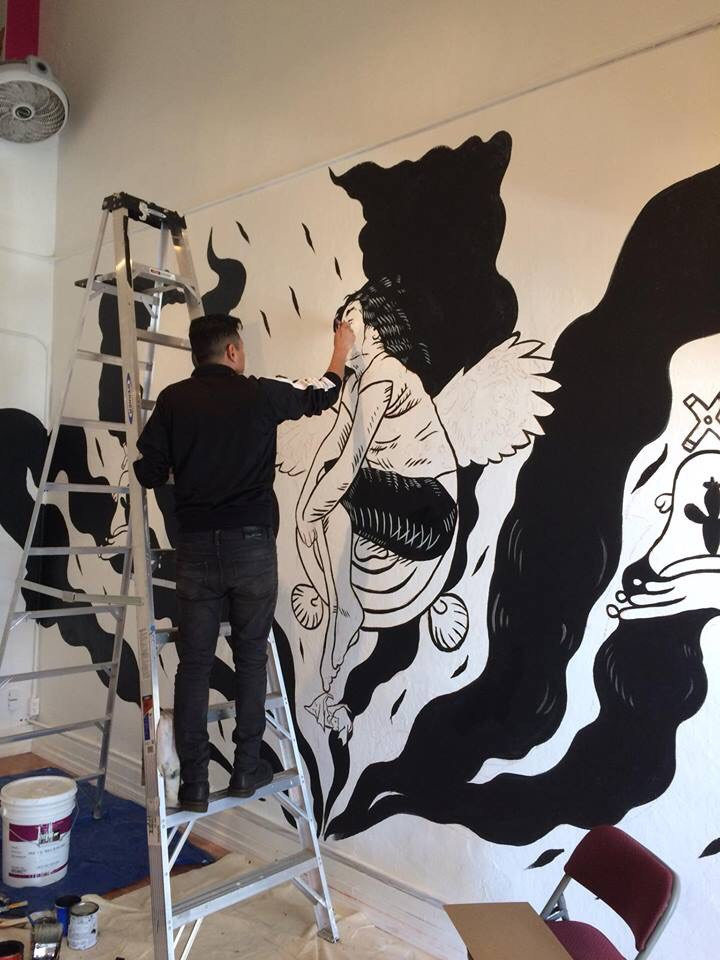 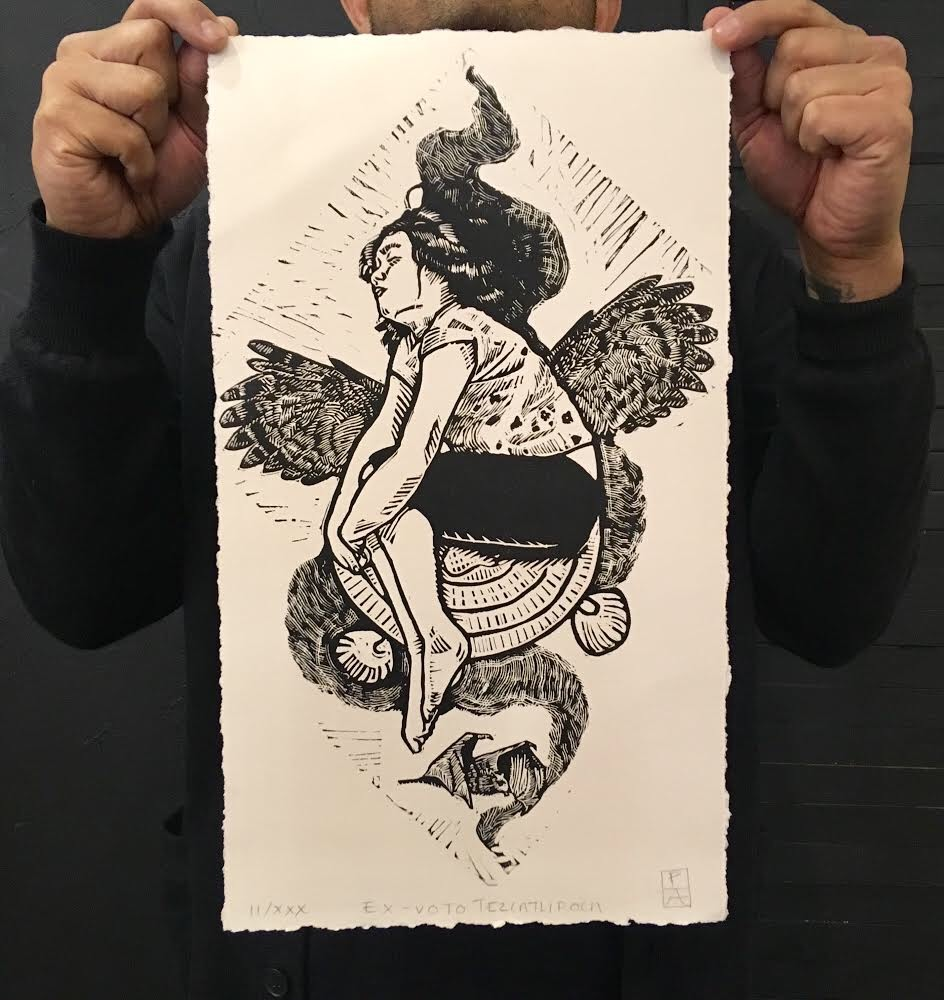 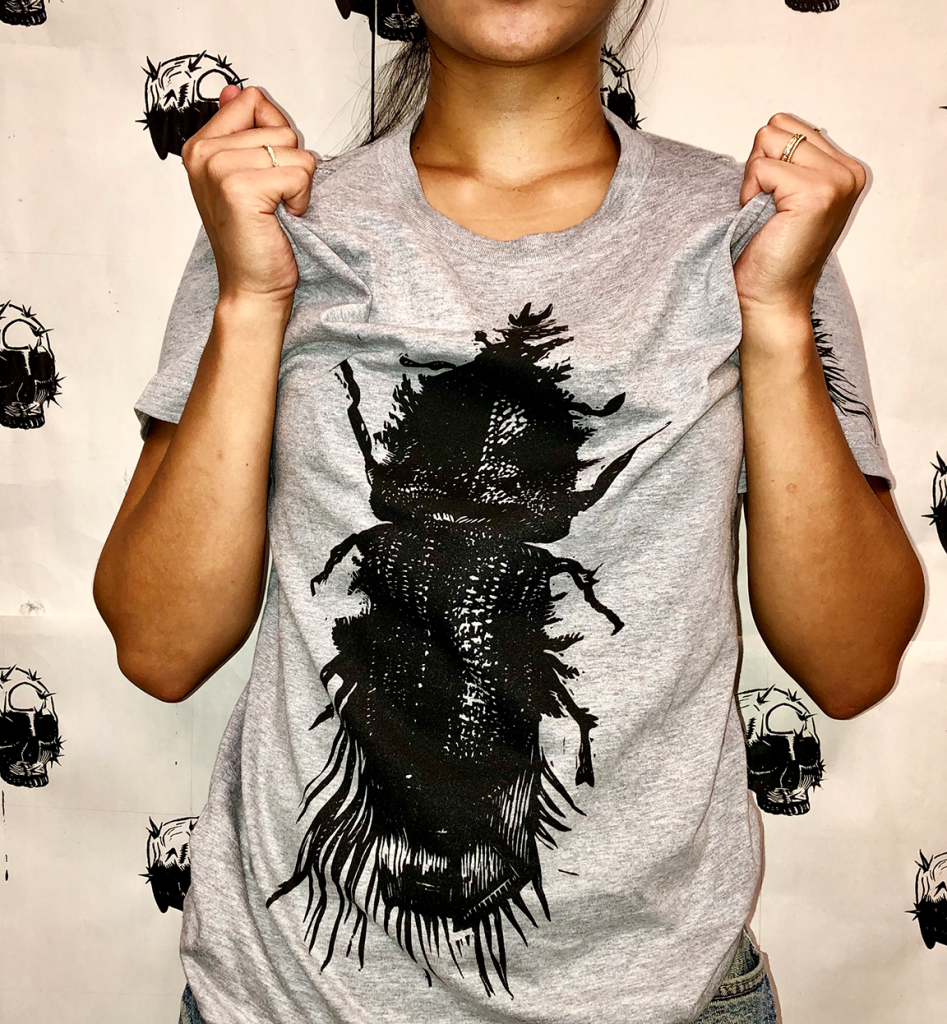 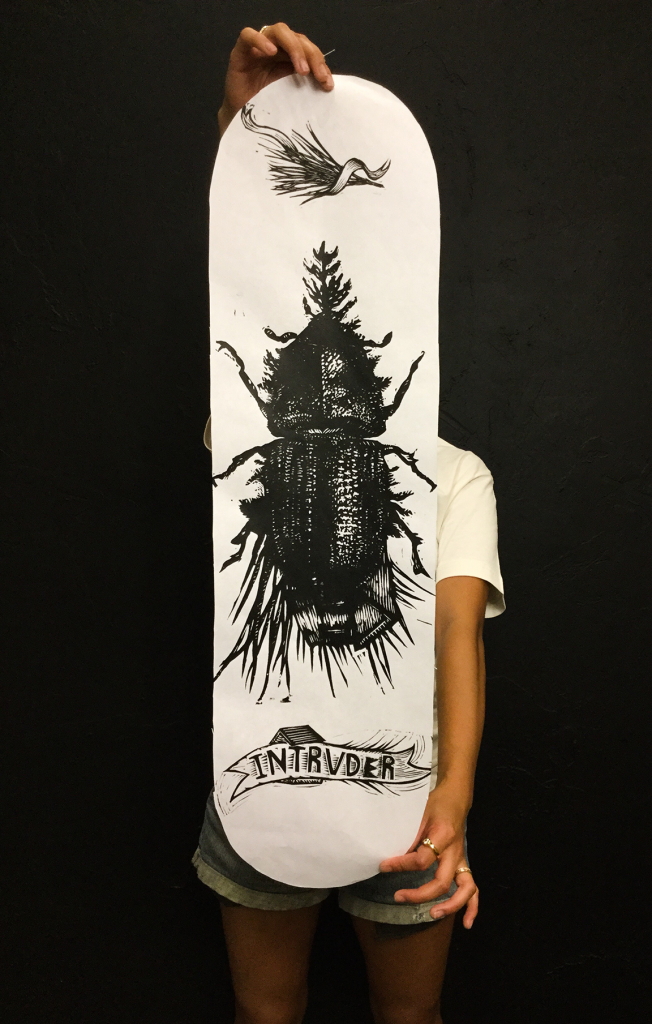 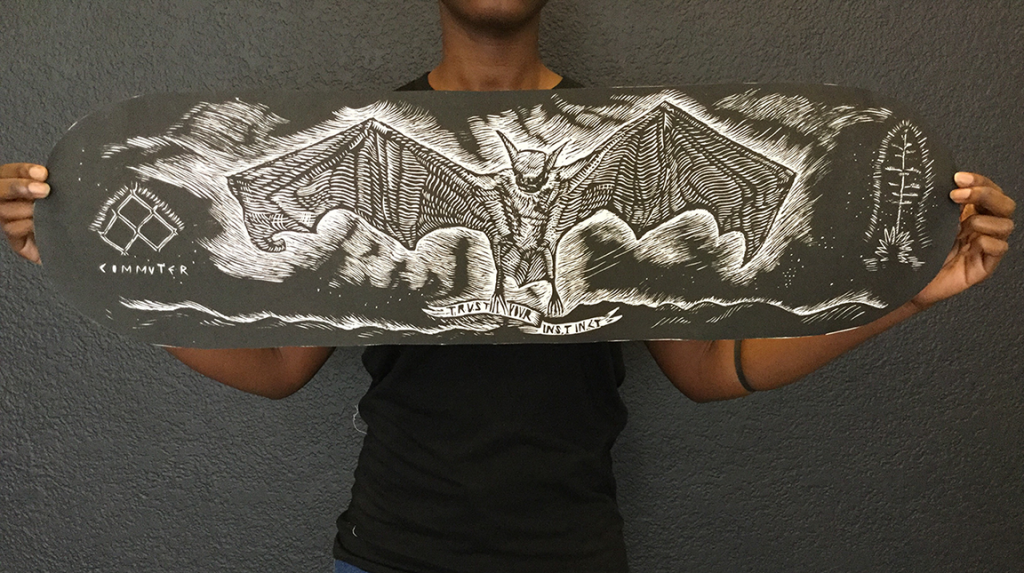