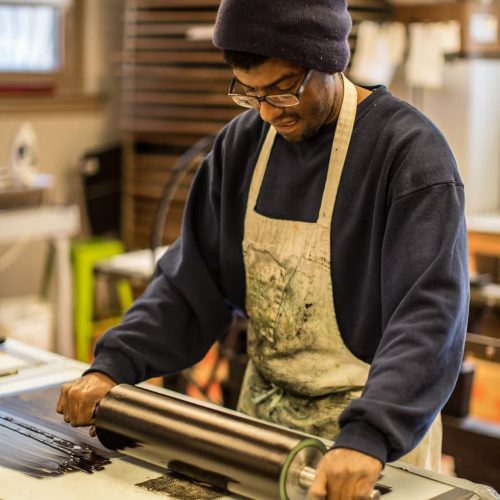 Stephen Wiggins was born and raised in Lexington, Kentucky where he started drawing at a young age and has continued practicing art throughout his life. He began painting when he was in high school and continued painting throughout his collegiate career in Berea College as an undergraduate student and then upon transferring to the University of Kentucky began to expand into the study of printmaking. He started with studying stone lithography and then learned silkscreen printmaking as a part of his studies. Upon graduating he became a member of the Bluegrass Printmakers’ Cooperative learning linocut and etching printmaking techniques.

Moving to Portland, Oregon on a whim in 2008 he began to work in linocut at various fine arts printmaking open studios and also building silkscreen printmaking frames to print from home. Stephen returned to Lexington Kentucky in 2010 and then began to use the BPC studio and as well as renting space at Awesome inc. and between 2011-2013 he created rain barrels for the Bluegrass Greensource winning every year the rain barrel artist award. In 2013 he created a bourbon barrel with LexArts public arts project and in 2014 he decided to focus primarily in fine arts printmaking with linocut and silkscreen. He then showed his prints in art fairs, markets, and exhibitions regularly in the central Kentucky area and nationally. In 2015, he became the president of the Bluegrass Printmakers’ Cooperative and in 2016 he oversaw the move from the BPC from LexArts to Parks and Recreation and accepted the position of liaison between the BPC and Parks and Rec. He now hosts a podcast featuring printmaking interviews with artists and now lives and works in St. Louis Missouri and rents monthly space as a member of the Evil Prints member.

Listen to Stephen’s Podcast, “Artists in the Wild” 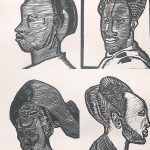 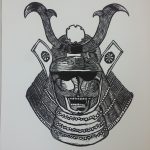 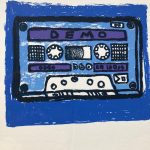 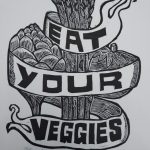 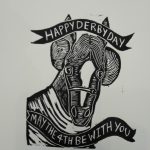 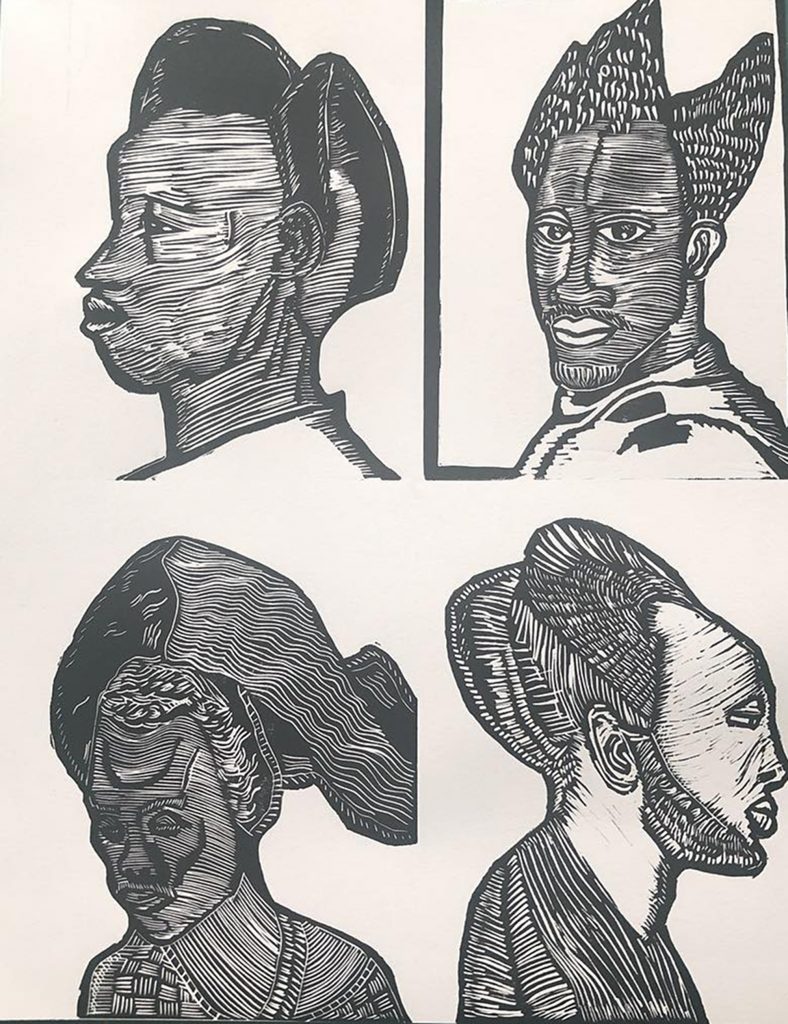 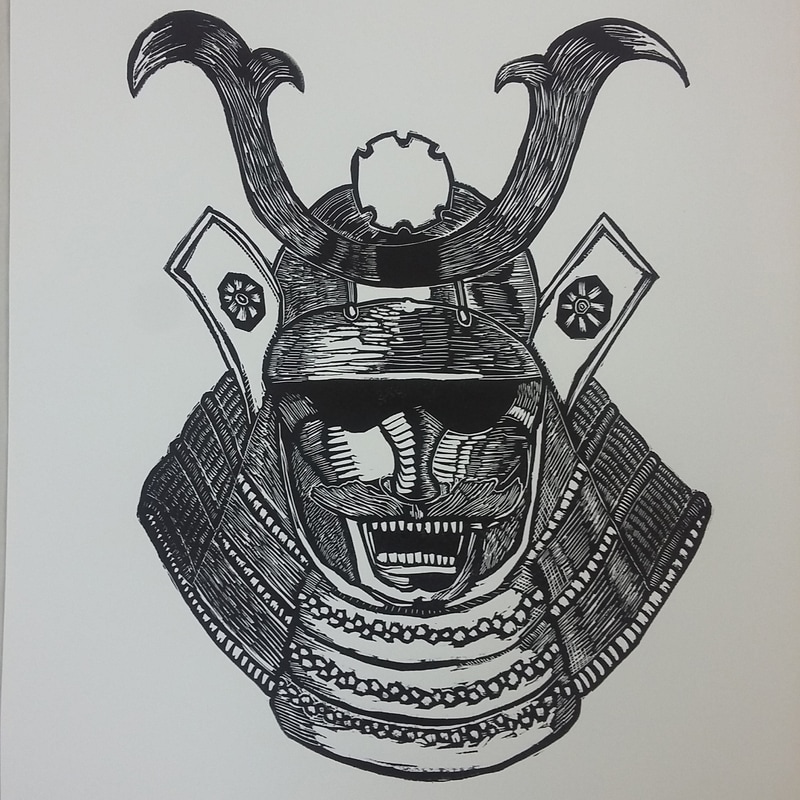 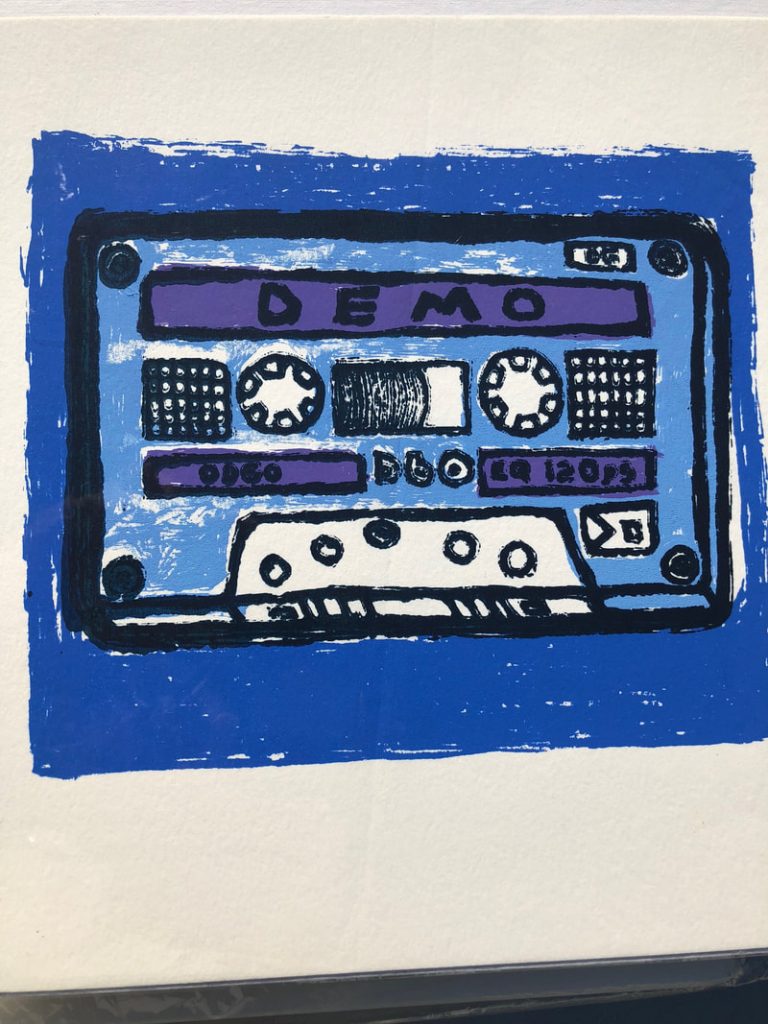 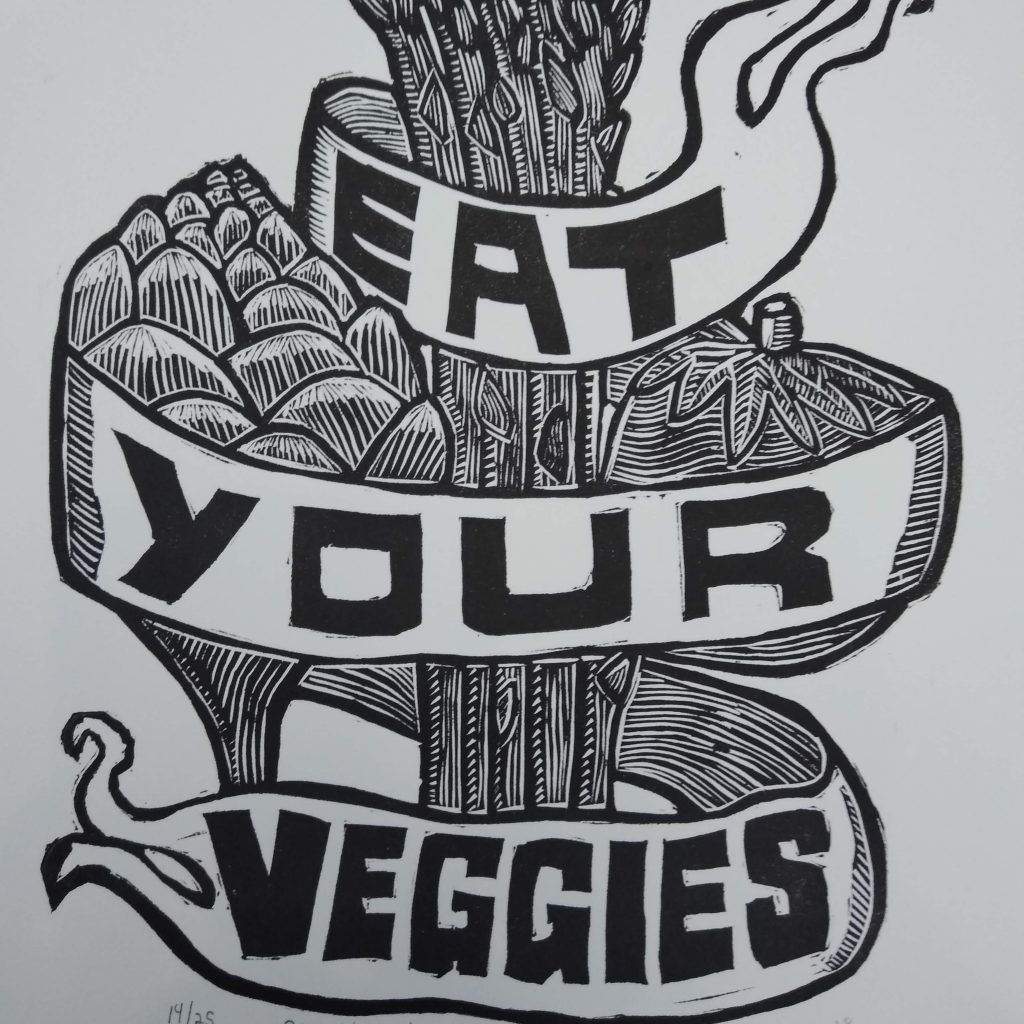 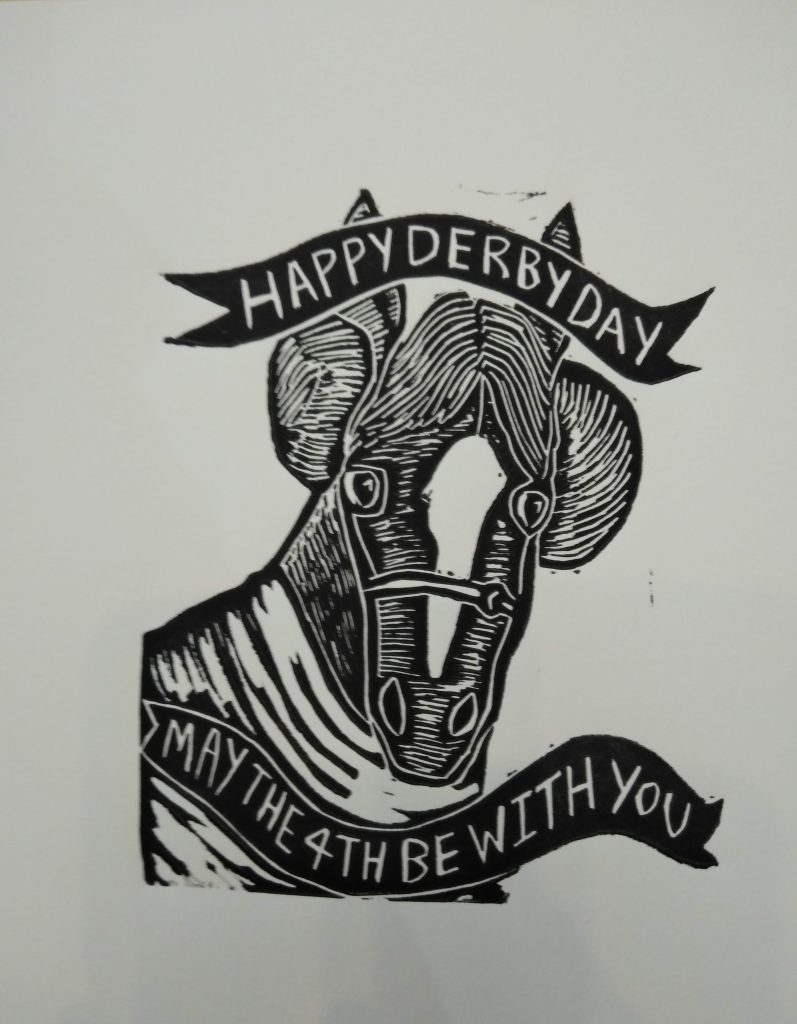